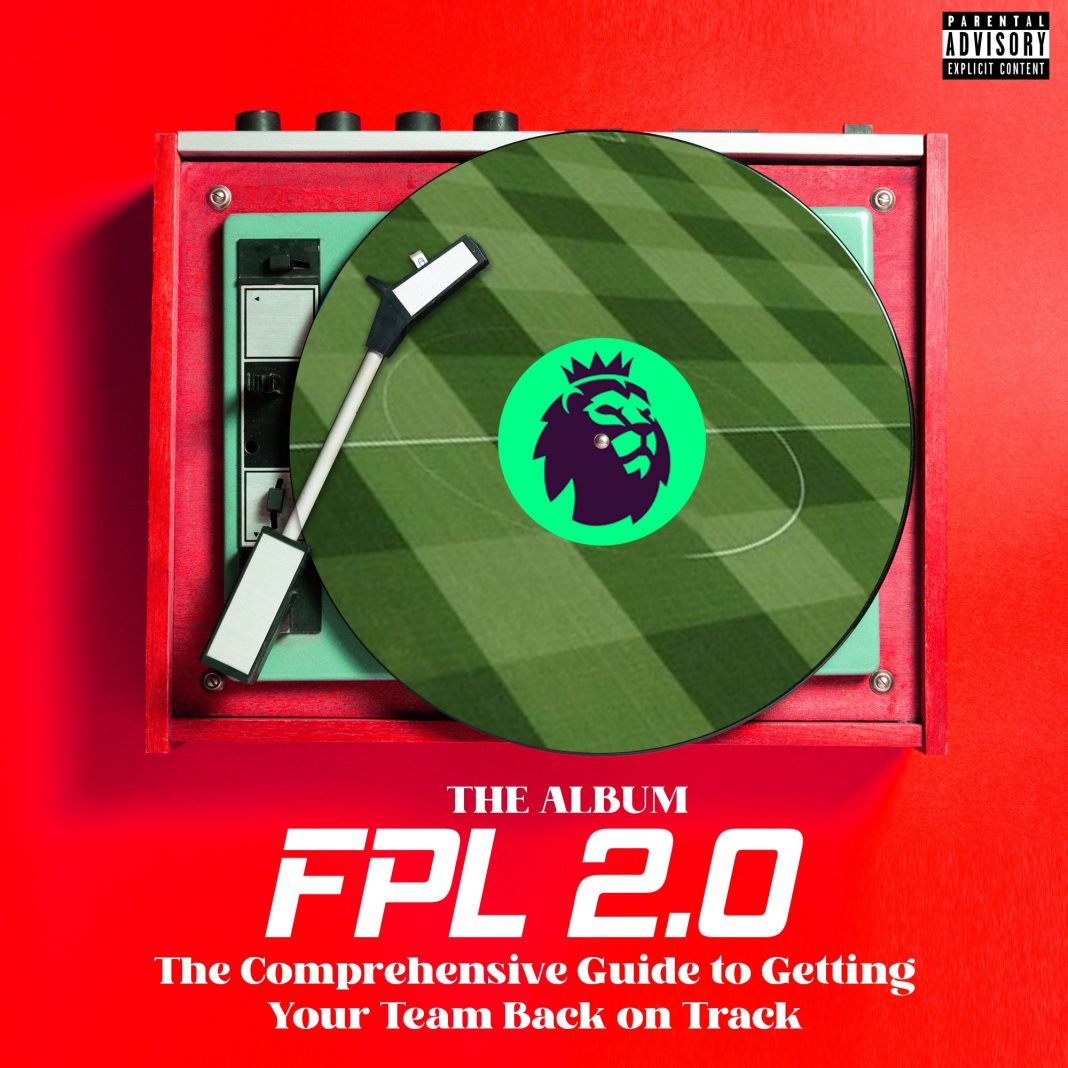 FPL fantasy tips are needed and just like that, the Premier League is back.

Ooh, haven’t we missed it?

Like many other fantasy football players out there, I have asked ourselves the all-important question: “Am I really going to let this headache back in my life?”

The answer is a simple one — yes.

Despite the risk of possible heartbreaks, blanks and utter disappointment, we are still going to do it.

You know why? Cos football survived coronavirus.

Cos we’ve fought so hard gameweek after gameweek to get to this point.

And cos we’ve been thirsting for three months. The tap is open now and we are going to savour every drop of the beautiful game.

(Btw, Captain America hasn’t given a better speech than that!)

Don’t worry, the CrossAndNod team is going to battle with you.

If you’ve already forgotten how to play FPL, no worries. You can give yourself a quick refresher course.

Also, we still post weekly FPL fantasy tips.  You can check them out here.

And in this post, we will provide you with the best FPL tips to get your season back on track.

A Quick Rundown of the New FPL Rules

The Fantasy Premier League (FPL) tips you are used to may take on a different form.

Simply put, the powers that be have made a few tweaks to FPL gameplay.

Below are the new FPL rules and how you can use them to your advantage:

1. Each new gameweek will be indicated by a “+”

Now, how is this FPL fantasy rule important to you?

Well, the (+) sign can be a symbol of a renaissance.

An allegorical turn of events that can spark a new fortune for your team.

If you don’t know what a double gameweek is, check out our comprehensive step-by-step FPL guide.

It’s all explained there ☝🏼.

What Fantasy Premier League football tips can be useful here?

Get Arsenal, Manchester City, Sheffield and Villa players in your team.

Go after the heavy source of points in each team.

Personally, when I heard this news, I did my best impression of Poco Lee.

Anyways, instead of the usual 1 or 2 transfers before GW 30, FPL players can now make as many transfers as possible.

This is the chance to go after those niggas (#BlackLivesMatter) that have been laughing at you and your crappy team.

Time to take power for yourself! Here are some resources to help:

Plus we’ve still got our FPL fantasy picks for gameweek 30+ for you.

No matter how many million people buy DeBruyne, his price will stay £10.6m.

Thankful to the Gods of FPL for this one, DeBruyne no go pass me by this time.

The last new FPL rule is that the Triple Captain, Bench Boost and Free Hit chips are available in GW30+.

So, if you’re feeling lucky, a triple captain on Aubameyang who has a double gameweek is not a bad idea.

Here’s a reminder of how good Auba can be with plenty of rest and good form:

These are the players that you must have on your FPL team for the rest of the season. Difficult fixtures or not.

Don’t be praying for Gabriel Jesus to score a hat-trick and get 3 assists with a sub appearance.

Cross and Inshallah no go do this one oh.

He is the highest-scoring FPL player (Mane is 9 points behind).

Also, Salah has the extra ginger of the being in the race for the golden boot.

Additionally, the Egyptian has hit the 2nd highest amount of shots so far, this season.

PS: The price difference between Salah and Mane is £0.2. Ball’s in your pitch now.

Afin wey dey see fire. Legend has it that KDB can see the runs made by Aguero from his bathroom.

Here’s why his name is on top of the list of FPL tips for you:

Firstly, he has the highest FPL points, chances created and assists in his team.

Furthermore, he’s not a pure number 10, but he’s only 5 assists short of beating the Premier League assists record.

5 assists are enough for the wise oh.

Since this my African brother don enter Premier League, na only Salah don score pass am.

Criminally underrated, but he is Arsenal’s highest FPL scorer.

Also, he is just two goals away from Vardy in the run-in for the Golden Boot.

Finally, apart from the obvious twacking coming Arsenal’s way at Manchester City on Wednesday, he has pretty easy fixtures.

More importantly, Trent is the highest scoring defender on FPL.

With 14 assists and a stellar defence behind him (we know he isn’t part of that defence), no list of FPL fantasy tips for gameweek 30+ is complete without him.

Avoiding the Mainstream: The FPL Players For Your Team

Everybody’s going to have KDB.

Most people will have Salah/Mane.

So, who can bring in the points for you and isn’t gonna be a mass buy?

But, this kid has got the spunk of a certain Portuguese football player 🌚.

Since he joined United, he has had 4 FPL returns in 5 games.

Also, two of these returns have been double-digit hauls.

Finally, the return of Rash and Pog makes him a mouthwatering option.

Not the most consistent FPL option in the League. However, he’s good enough to be United’s best FPL asset.

The reason why he is one of the fantasy options you should consider buying is simple: He has Pogba and Bruno playing behind him.

In the top half of the League table, Wolves have the easiest fixtures run-in till the season ends.

Also, his team have kept 4 clean sheets in the last five. Their next games are against the bottom 5 teams.

Omo, what else you dey find?

According to SkySports, Son has completed his military training in the smoky islands of Jeju.

With a perfect record, in fact!

You know what that means right? My guy is coming back with anime-military football.

He now has low ownership again? To cap it off, he is the highest source of FPL points in Mourinho’s team.

Yep, he’s got more points than Harry Kane so far. Even with suspensions and injuries.

Differentials FPL Options For The Rest of The Season

The players on this list are underrated, plain and simple.

However, just like Father DMW and LikWid Metal, Corona can help them blow one way or another.

With ownership of 9.3% and Wolves with the easiest run of fixtures, his inclusion is a no-brainer.

Also, he’s a low-price starter on a decent run of form.

Injuries mean that his FPL ownership is just 2.9%.

However, you and I both know that his return to a partnership with Rashford is a tantalizing prospect.

Plus, Bruno is in the picture.

If you know what’s up, you won’t sleep on Pogba.

Don’t loud this FPL Fantasy tip. This guy is a player you should have for gameweek 30+ and beyond.

For one, Newcastle has kept 9 clean sheets – 5th-highest in the PL.

Also, his next 3 opponents are low scoring teams.

Plus he’s a fine boy. You know fine boys get all the points, right?

I know most people are wondering if Lundstram is still a Lord?

Well, there’s another man that is about to be coronated.

His credentials include 10 clean sheets this season.

Also, he starts every game compared to Lundstram.

These starts have produced 7 big chances this season.

Only TAA and Robertson have been able to create more.

What Clubs Have The Easiest Fixtures?

Finally, our fantasy FPL tips end with an assessment of the teams with the easiest run-ins for the season.

The difficulty ratings are in brackets:

Which Players Should I Pick: The Best FLP TIP for GW30+

The English call it a hunch. We call it the voice of ancestors.

You know how your ancestors always whisper “stop” when you’re adding salt to your food.

And the food always turns out delicious.

Don’t forget to listen to that voice when picking your team.

At the end of the day, FPL requires a little bit of luck.

Who better to give it to you than your ancestors?

Don’t forget, the gameweek deadline is on Wednesday, 5pm GMT +1!

Which other player do you feel is worthy of a place on your FPL team? Let us know in the comments section below! 👇🏼

Captain hauls and keeper penalty-saves fall on you!