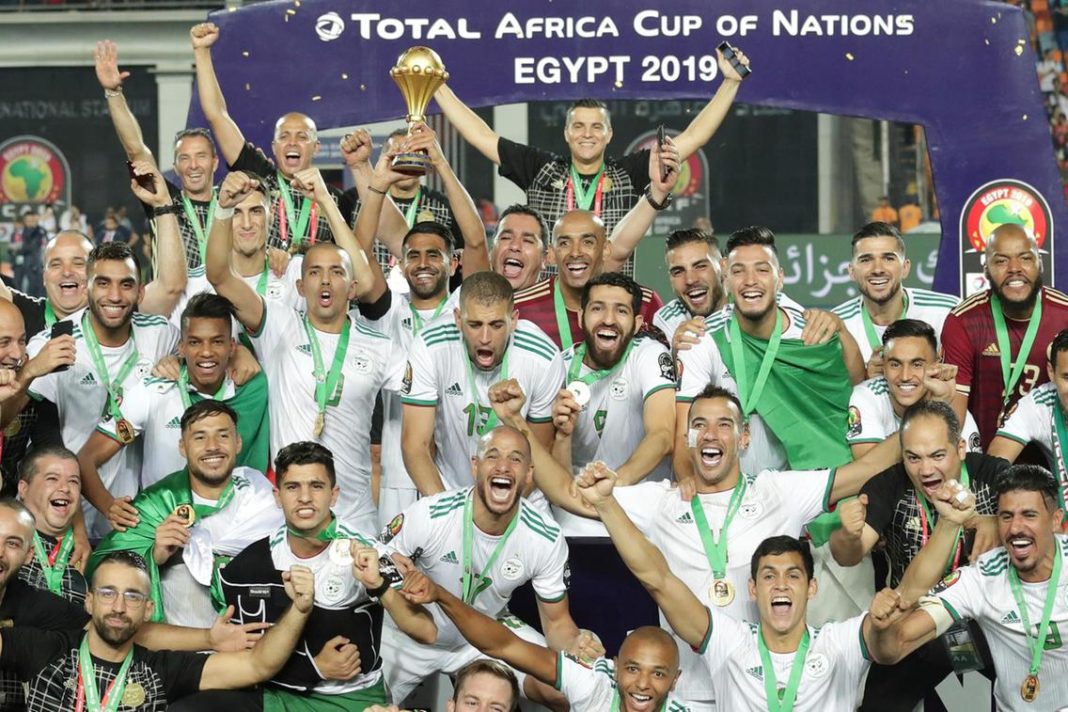 The 2019 AFCON has come to an end. Algeria are the champions of Africa and are deservedly so. The Desert Foxes ended a 29-year wait after they defeated Senegal by a lone goal as the Teranga Lions continue to wait for a maiden continental crown.

CrossAndNod takes you through the standout performers over the past month in Egypt and those who fell short of expectations.

This includes those who dazzled the continent with over the top performances.

Madagascar were at their maiden AFCON tournament and certainly did not look like it. They emerged the surprise team of the tournament with a fairytale run to the quarter-finals.

They gained attention when they stunned the Super Eagles of Nigeria in the group stages to top the group with 7 points.

The Nicolas Dupuis side extended their remarkable adventure as they held their nerve to triumph over DR Congo 4-2 on penalties after the game ended in a two-all draw.

After four games without a defeat, the Barea found a Tunisia side ranked 2nd in Africa 83 places above them an insurmountable block. Regardless, the attitude of the fans after the 3-0 loss to Tunisia showed their expectations had been surpassed, and they were satisfied with how well the team had done.

Before Belmadi was employed almost a year ago, Algeria had just seen off its sixth manager in little over two years. Upon his appointment, he declared that his goal was to win the Africa Cup of Nations, and very few people took him seriously.

Belmadi who was recognized for his straight talks at press conferences during the tournament inherited a talented but underperforming Algeria side and rebuilt it into the best team on the continent.

The Desert Foxes conceded just two goals all tournament. They defeated the top-ranked Nation in Africa twice to win the title.

Belmadi also serves as a source of hope for managers on the continent. Going forward, many African countries will look at Djamel Belmadi and might decide to look home for their next manager.

Ighalo almost quit National team duty last year after a poor showing at the World Cup. In fact, the death threats and cyberbullying from Nigerians made the big forward disable comments on his Instagram page.

Following encouragement from Coach Gernot Rohr, the Shangai Shenhua striker picked himself up and was the highest goal scorer in qualifying.

He took this form into the tournament proper netting five goals to clinch the golden boot award. He announced his retirement from international football after he picked up an injury during the third-place match against Tunisia.

The 21-year-old was voted the golden ball winner after his three assists including one in the final which helped his country clinch the AFCON title.

The all-action midfielder combined defensive duties with essential contributions in attack as the Desert Foxes went all the way.

The former Arsenal starlet has joined AC Milan after his former club Empoli relegated, and Belmadi has singled him out as one for the future.

We expected more, but they didn’t deliver.

Having been crowned champions the last time they hosted the competition, the Pharaohs of Egypt were firm favourites for a record-extending eighth title.

They sailed through a favourable group but suffered a shocking 1-0 loss to South Africa in the first knockout round.

Mohammed Salah could not replicate the efforts that made him a fans’ favourite at Anfield. Regardless, he is still on our list of best midfielders for FPL.

Arsenal’s latest signing, arrived Egypt as one of the players to look out for after scoring 22 in Ligue 1 goals second only to Kylian Mbappe. He showed glimpses of his quality in the opening 1-0 win over South Africa.

However, the 24-year-old fizzled out gradually as the tournament progressed. He was left on the bench as his side lost out on penalties to the eventual champions in the quarter-finals.

Hopefully, he will be able to deliver big in the Gunners’ opening fixture against Newcastle.

Cameroun came to Egypt to defend their title, and AC Milan legend Clarence Seedorf was handed this tricky task. His coaching credentials took another blow adding to failures at AC Milan, Deportivo La Coruna, and Shenzhen.

The Indomitable Lions were bundled out in the Round of 16 after conceding two second-half goals to surrender a 2-1 lead at halftime to Nigeria. The Cameroun FA described the exit as premature and sacked him and his assistant Patrick Kluivert about a week later.

The Moroccan winger was voted Ajax Player of the season after his scintillating performances helped Ajax to a domestic double and a Champions League semi-final place.

He, however, struggled to replicate that form with Morocco at the AFCON when it mattered most. His 90th-minute penalty miss against Benin hurt Harve Renard’s team dearly as the Atlas Lions surrendered to the Squirrels in a shootout in the last 16.

There you have it! AFCON might be over but the Premier League is about to begin!

We have rolled out a grand welcome for you in the form of our Premier League review for Matchday 1.