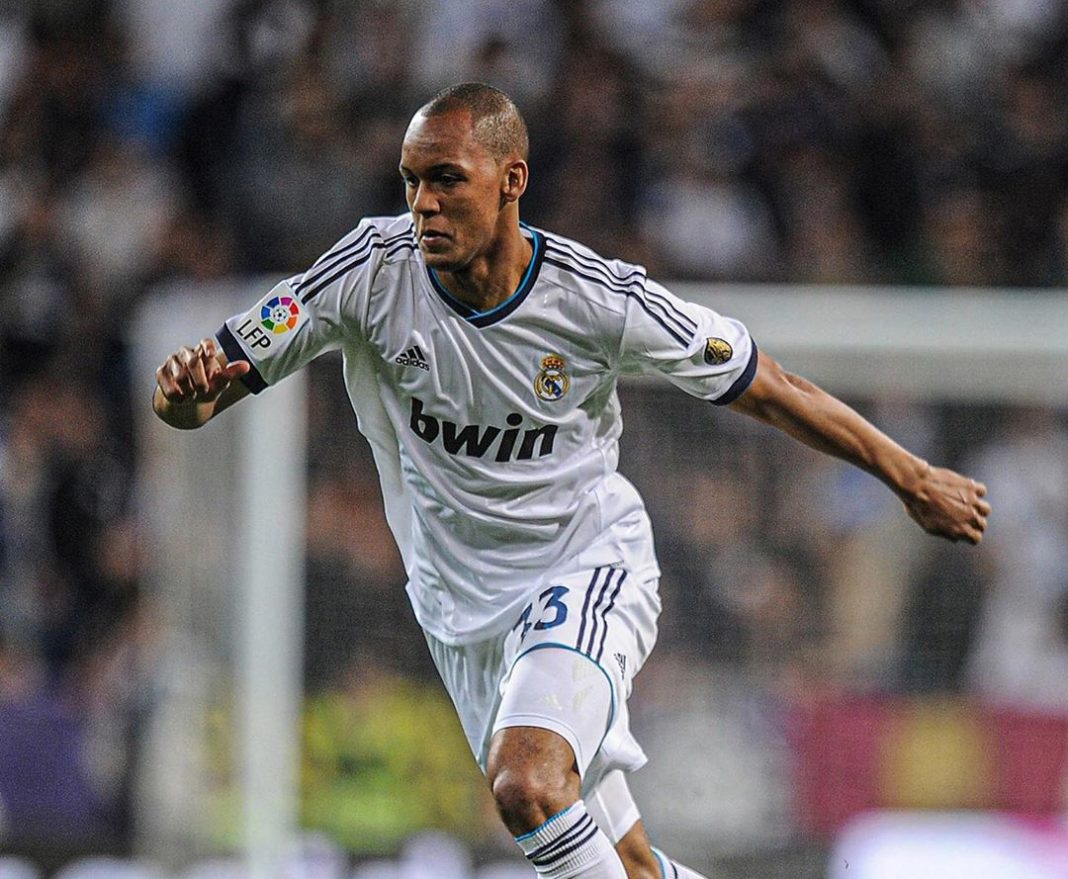 The transfer window is open again (Manchester United do something, please!). While top clubs don’t seem to be in the mood to panic-buy any player, struggling clubs (set awon Relegation) are scrambling for anyone that can wear a pair of boots.

During these periods, players switch clubs in the blink of an eye, and if they are not in the limelight, the media won’t bring their change of allegiance to your notice.

In this post, we’ll go through seven players you had no idea played for top clubs after making a switch in the transfer season.

A look at this defensive midfielder (especially his hairline) will have you wondering if it isn’t high time he retired. But the 26-year old Liverpool Regista has only been in the game for a couple of years.

In this period, under ‘The Spurcial One,’ Fabinho played for Real Madrid (yes, you read that right). As a substitute for Fabio Coentrao, the Brazilian made quite an impression in his first game in 2013 by assisting Di Maria’s goal.

Sadly, his Madrid journey was short-lived, as he joined AS Monaco that summer.

Doesn’t the Madrid jersey look weird on him?

Next, we have Jerome Boateng. The German defender (he seems Ghanaian to me though 😁) has been on the news, with reports that Arsenal want his signature.

If he eventually comes to the Premier League, it won’t be his first time.

Back in 2010, the 31-year old signed as a Manchester City player. But with only 24 appearances, the club was willing to let him go.

Luckily for him, Bayern Munich was looking to strengthen their defence at that time. Last December, he made his 300th performance for the club, a feat very few achieve.

We guess only time will tell if he’ll make a second coming to England or not.

Traore is perhaps the most feared winger in England at the moment. Born to Marlian parents (pun intended), the Spanish speedster wasn’t always all buff and muscular.

When he was at Barcelona, he was like every other 17-year old – lanky, quick and prolific.

Yes, he was dark too. But, baba don bleach now.

The winger first played for the Catalonia club in a 4-0 win over Granada, coming in for Neymar.

Traore now plays for Wolverhampton Wanderers after several stints at a couple of English clubs. With the form he’s showing at Wolves, Barça could just want him back!

It’s weird seeing Trippier in an Atletico Madrid shirt. No one saw the move coming, especially as Dany Levy (Tottenham’s chairman) loves to keep a firm grip on his players.

The 29-year old started his career at the blue side of Manchester, although he wasn’t able to break through to the club’s first team.

Imagine if the English boy had stayed in City! With his fantastic crosses, Pep’s team could have been invincible!

Manchester United has always had an excellent backline. In the era of Nemanja Vidic and Rio Ferdinand’s partnership, not much attention was paid to Pique.

He joined the club’s academy and made his debut in October 2004. But four years later, Pique returned to his boyhood club, Barcelona FC.

He has gone on to achieve great things at the Nou Camp, cementing his place as a starting centre-half for nine straight seasons now.

With the defensive problems Manchester United are facing at the moment, it wouldn’t have been a bad idea if Pique was still a United player. Right?

Well, this shouldn’t come as a shocker to anyone. If you count his loan deals, he has played for five clubs in Germany, three in Italy, two in Spain and two in England.

The Ghanaian and elder brother to Jerome Boateng has made this list because of his stay in North London.

He didn’t have much time to make an impact at Tottenham Hotspur and Levy promptly loaned him out to Borussia Dortmund in the January transfer window of 2009.

Barcelona fans thought they had him on lock and key, but a traveller must wander!

Finally, we’ve got Harry Kane. Mourinho recently called him the best striker in England, but before he became a household name, Hurricane was a fox.

In 2013 when Leicester City were looking to get promoted from the Championship, the English boy’s services were needed.

Even though it was only a loan-deal, Kane put in excellent performances in thirteen appearances for the club.

Kane is now the vice-captain of Tottenham Hotspur, and hell will freeze over before he goes back to Leicester. But imagine him and Vardy running at a defence. They’d have been unstoppable!

I bet you are surprised to see some of the names on this list. In a couple of years, underground players will make a list like this when they make it big. That’s football for you!

Surely you know a couple of other big players now who flustered at big clubs early-on in their careers and had to go the longer route to stardom.

Let us know your thoughts in the comments section below!