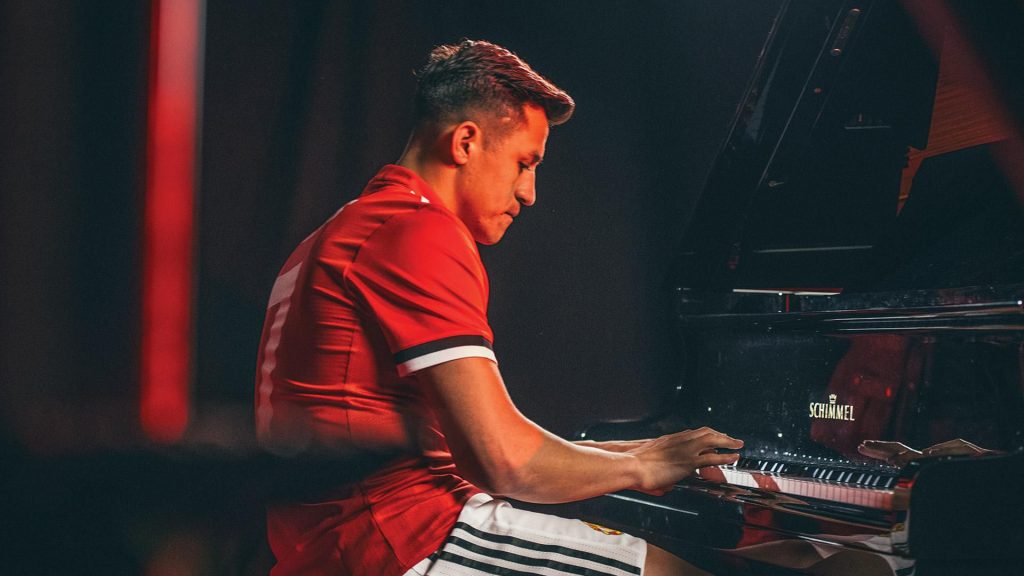 It’s the international break. For football fans all around the world, this is one of the saddest periods. We have decided to spice it up with our list of the biggest transfer flops in football.

The international break might be a sad prospect. But the team here at CrossAndNod has got you covered with editorials upon editorials. We got you, fam.

Intro to the Biggest Transfer Flops in Football.

Buying players is one of the most important and riskiest parts of football. Clubs invest millions to get the best players the market has to offer. One thing they’re never sure of is if the player(s) would be a success or a flop.

Since Cristiano Ronaldo’s £80 million transfer broke the world record in 2009, ten players have been sold for over that price including Ronaldo himself. In this day and age, teams are consistently overpaying for both average and ‘world-class’ talents.

As such, there’s bound to be more than a couple of duds due to high expectations. No be every investment person dey cash out from.

Who is a Transfer Flop?

So how do you define a transfer flop? Money is usually the most considered factor. We could also factor the hype surrounding the player’s transfer, wages, success at the club and how the player is viewed by teammates, manager, and fans.

With these in mind, CrossAndNod compiled a list of the biggest transfer flops in football. We will only consider permanent transfers, so loan deals are off. Radamel Falcao, you lucky boy!

Two of the players that inspired this list make an appearance and moved in the just-closed summer transfer window. In no particular order, we will list out the biggest transfer flops of all time in football.

We are sorry if your fave made this list. Here at CrossAndNod, we speak only the truth. Plus, if you don’t like it, you can come and beat us. Our Twitter page has details on our location.

We start our list with the biggest heist in football history. On a £130,000/week at Arsenal, Alexis gave 80 goals and 45 assists in 166 appearances. Then, United came running like Flash and swapped him for Mkhitaryan.

Sanchez showed off his stunning piano skills, and many were wowed by his orchestral talents. Little did we know that he sacrificed his football talents for music. Dude was awarded a £350,000/week contract which would rise to £500,000 with bonuses and incentives.

He is now on loan at Inter Milan where United still pay about 70% of his salary. Please tell us how this is not the biggest heist in football. Even The Professor from Money Heist couldn’t have pulled this off.

It’s safe to say this is the granddaddy of transfer flops. Torres revolutionized what it meant to be a transfer flop. Not to take anything away from his greatness but his performances wearing the blue of Chelsea earned him a shout as one of the biggest transfer flops in Premier League football.

Between 2007 and 2010, Torres was one of the most lethal strikers in the world. He scored 65 league goals in 102 appearances for Liverpool.

He, however, forced a move to Chelsea in January 2011 due to Liverpool’s inability to win a trophy. Chelsea gladly paid a then British record of £50 million (aka Waso, aka Figo) for him.

While he won a couple of trophies in Chelsea, his time there was blighted by injuries and decline in form. His horrendous miss against Manchester United pretty much summed up his Chelsea career.

He finished with 45 goals in 172 appearances for Chelsea before moving permanently to AC Milan in January 2015 and then again loaned to Atletico Madrid that same month.

He is retired now. A legend. But his transfer to Chelsea – F L O P

In the words of Ycee, “who be this guy? You know this guy?” But the real OGs know him.

This transfer was a head-scratcher when it happened in 2004. Woodgate was an injury-prone player, so Madrid paying that much for him, which was a lot back in 2004 baffled people. He was even injured at the time of the transfer.

In his debut season, he didn’t even dress for a single game. When he eventually made his debut about a year after his transfer, he scored an own goal and was sent off. This is a strong case of village people doing you.

He made just 14 appearances in 3 years for Madrid before moving back to England in 2007. In July 2007, Woodgate was voted as “the worst signing of the 21st century” by Marca.

We won’t go that far but Woodgate certainly deserves his spot on this list of the biggest transfer flops in football.

There is no doubt about it. Coutinho is a baller. He terrorised the Premier League with long-range goals, freekicks and stunning passes.

He was made for Barcelona. Or so we thought?

Barcelona at the time made Coutinho the 2nd most expensive player (now 5th) in January 2018. They had gotten so much money from the Neymar sale than they could handle and they just wanted to blow it.

He was brought in to replace Iniesta. A particular Tottenham player could have been a better fit but what do we know. His first few months in Barcelona were decent.

The standards fell sharply in his first full season with Barcelona’s coach, Ernesto Valverde partly to blame for the positional change. Or maybe coaches don’t have as much influence as we believe.

Barcelona is a club that expects a lot from its players and Coutinho couldn’t match the expectations set for him.

To think of the things he could have achieved in Liverpool alongside Sadio Mane, Roberto Firmino and Mohammed Salah. The man is in Bayern now hoping to resuscitate his career.

One positive about this transfer for Barcelona was that they were able to save up to £37 million. The transfer fee was due to rise to £142 million if certain incentives were met.

The biggest panic buy of all time! Liverpool wasn’t prepared to lose Torres to Chelsea. When they did, some genius (Kenny Dalglish) thought investing most of the cash from Torres’ sale on Carroll was good business.

Sisi Caro got six goals in 44 league appearances for Liverpool. He spent more time on the treatment table than on the pitch. A criterion for being one of the biggest transfer flops in football.

They eventually let him go for £15 million to West Ham.

Liverpool really did some horrendous business under Dalglish. At least, he would be remembered for bringing in Luis Suarez.

Di Maria might be a favourite at the Bernabeu but his time at Old Trafford qualifies his transfer to United as one of the biggest flops in football.

Manchester United broke the British transfer record to sign Di Maria on a five-year contract in 2014. On the club’s part, it was an excellent move for a great player. He was also handed the number 7 jersey to show how much they believed in him.

In his first four matches, he recorded two goals and two assists and was voted United’s best player for September.

You would expect it to get better from there, but it did not, it went downhill. Injuries and a poor run of form hindered his progress. Towards the end of his United career, even Ashley Young got in the team ahead of him!

He was only able to add two more goals to his tally in United’s red shirt. He was voted by pundits and journalists as the Premier League’s worst signing of the season.

PSG saved him in the summer of 2015 when they signed him for a reported £44 million.

We’re pretty sure most of you have never heard this name before. Not this Denilson anyway.

After a decent performance in the 1998 World Cup, Betis paid a then world-record fee for this guy. They thought they had bagged the next best thing and a lot was expected.

How did he reward them? 13 goals in 186 league appearances. To be fair, a large number of those appearances came from the bench.

The club keeping him for 7 years is something we don’t understand. We guess if you buy one of the biggest transfer flops, you might as well own your loss.

Oh, Kaka! Such a shame. Kaka was supposed to be the Robin to Cristiano Ronaldo’s Batman and challenge Barcelona for every available trophy. Sadly, this did not happen.

The 2007 World Player of the year was plagued by injuries in Madrid. He still managed to score 23 goals in 85 La Liga appearances; a pretty decent return for a midfielder.

However, his performances were far below his and Madrid’s lofty standards.

He could not reproduce his magic and left Madrid to Milan in 2013. It was a disappointing return for one of the most well-liked players to ever grace the game.

There’s just something about Chelsea and strikers. Tammy Abraham, an FPL pick looks like he might break that jinx.

Truth be told, we don’t think ‘Sheva’ ever recovered from those misses against Liverpool in the 2005 UEFA Champions League Final. The thought of this probably followed him to Chelsea.

So much was expected of the former Balon d’Or winner. But a meagre return of 9 goals in 48 league appearances was far below prolific standards. Plus a certain Didier Drogba was likely his undoing.

He returned to his boyhood club Dynamo Kyiv in 2009 after a loan spell in Milan. He retired from football in 2012.

Boca Juniors to Shanghai Shenua for an undisclosed fee in 2016

This is one of the biggest transfer flops. So much so that we are refusing to add a picture for this transfer.

Zlatan is a god. No contest.

The major reason Zlatan has made our transfer flops list is not because He was necessarily a bad player at Barcelona (wasn’t close to his best though). It was the nature of the transfer.

Guardiola desperately wanted to get rid of Eto’o, who was the last survivor of the Rijkaard era in his La Masia-ladened Barcelona squad.

This led Barca to pay £40m plus Samuel Eto’o (who was valued at about £16m — bringing the total fee to £56m) for Ibra. The transfer was disrespectful to the Cameroonian who scored a remarkable 130 goals in 199 appearances for Barcelona.

In contrast, Zlatan could only deliver 16 goals in 29 Barcelona appearances.

After a bright start in Catalunya, his Barcelona career quickly went downhill when Messi was moved to the ‘false 9’ position. This meant Zlatan had less influence on matches leading to an eventual fall out with Pep Guardiola.

There you have it! The list of the biggest transfer flops of all time. As you would notice, most of these transfers happened at the turn of the century. It goes to show the increased inflation in the transfer market.

Fun Fact: The total transfer fees of the players on this list is worth about 500 million pounds. Here is a list of things £500 million would buy:

Thanks for reading! Who do you think is the biggest transfer flop of all time? We would love to get your thoughts about this list in the comment section.

There have been a lot of flops over the years so narrowing this down to just 11 was hard work. Therefore, you’ve got to reward us with comments and shares. Don’t be stubborn!