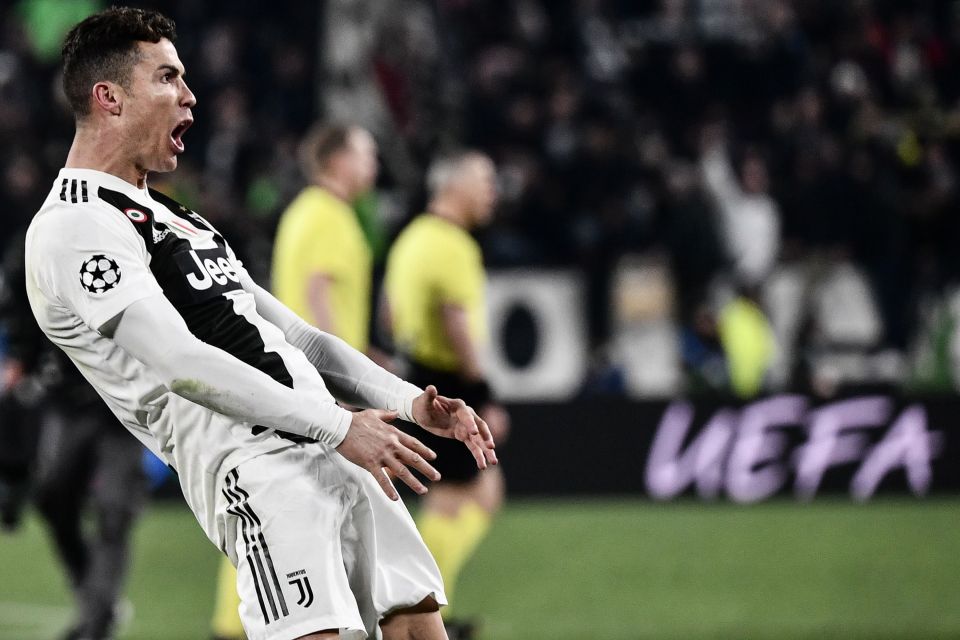 *Cues in the Champions League Anthem*

The UEFA Champions League is the apex football competition that fans of different clubs look out for yearly (well, except you are a Manchester United or Arsenal fan).

Big boys from different leagues come together to play, and the bragging rights of being called the ‘Champions of Europe’ is up for grabs.

The group stage draw has been done. Every team knows their group stage opponents. Juve, Real Madrid, Barcelona, PSG and Atleti all got “tough” groups.

Premier League teams got the luck of the draw. The draw pitted Tottenham against Bayern Munich, Olympiakos and Red Star Belgrade. Judging from the “quality” of their opponents, Liverpool, Chelsea and Manchester City will expect most of their UEFA Champions League images this season to be winning photos.

We await images from the curtain-raiser for this season’s UCL campaign. While we wait, we have decided to chronicle the best pictures from last season. Keep reading fellow football heads.

These UEFA Champions League 2018 photos have it all. We have joy, sadness and just a hint of braggadocio. Yep, braggadocio. Here at CrossAndNod, we entertain and educate you.

There are quite a number of big names on this list. However, none of the players from our list of biggest transfer flops made the cut.

Here are five pictures from last season’s UEFA Champions League that will remain vivid in the mind of football fans.

The Miracle Night at Paris and Rashford’s Consolation

Manchester United (the club after my heart) was the first of many to start the chain of miracle comebacks in the tournament last year. After a two-goal thrashing at Old Trafford, no one believed that that United could cause an upset at the Parc the Princes against PSG.

It was almost impossible to even think of. Paul Pogba was not available, and the club had to travel with Tahith Chong and Mason Greenwood, two inexperienced teenagers.

The 1-3 scoreline was exciting to fans. However, the focus of the night quickly switched from the scoreline to this picture of Marcus Rashford and Kylian Mbappe.

If you are a United fan, this right here is pure bliss! Enjoy it because there will be no plethora of UEFA Champions League images to view this season.

With Roma turning over a 3-goal deficit against Barcelona the year before, you would think that the club had learnt their lesson. You would have expected them to go full-speed to the finish line, but no!

Oyinbo talk say head wey go chop knock, if him dey aeroplane, him go wind down. Okay, no oyinbo actually said that but it applies here.

Liverpool did the job well, without their star boy, Mohammed Salah. Divock Origi took the starting place instead and proved difficult to handle all match long. He went on to slot in the winner in a charming fashion.

As a Barcelona fan, this picture should have you fuming. But to a Liverpool fan, there’s nothing more to ask for. Oh well, better luck Barcelona!

Just pause for a second. We know what you want to say. Messi is better than Ronaldo, right?

Before we go into that argument, you have got to love the display that Ronaldo pulled off in Turin. Juventus had to score at least two goals against a stout Atleti defence to have a chance of progressing in the competition.

But with a talented player like Ronaldo in your team, anything is possible.

Atletico Madrid knew this and travelled with the most defensive side they had. All they had on their mind was to defend their lead.

With a leaping header past Oblak, Ronaldo pulled one back early in the first half. Shortly before the break, he levelled the tie on aggregate with another header.

With four minutes left on the clock, there was a spot-kick chance, and you can guess who stepped up to take it. Ororo himself!

The hattrick was his eighth in the Champions League. His signature celebration, Suiii, was done for every goal he scored that night. And no, none of his trademark Suii jumps make our best pictures from last season’s UEFA Champions League.

The celebration that fans will always remember was his response to Simeone’s celebrations in the first leg. Ronaldo actually got fined for this celebration. Iconic? Let us know in the comments.

For the previous five years leading to last season’s UCL final game in Madrid, the Champions of Europe had always been a Spanish club. Another point for the La Liga vs Premier League argument.

Last season, the crown went to consistent title contenders, Liverpool. As the experienced team in such games, Liverpool knew what it took to upset Tottenham Hotspur, their opponent in the final.

The match didn’t have a lot of goals in it, and they were able to just cross over the line, with Tottenham coming in second.

That is a picture of a fulfilled coach. Klopp certainly knows how to celebrate. We mentioned that in our Klopp vs Guardiola argument.

Ajax’s Wonder-kid and His Teammates

No one could have predicted that Ajax would get to the semi-finals of the Champions League. With a team captained by a 19-year old, they were definitely the underdogs in the competition.

But one thing about football is that you should never underestimate your opponents. Juventus and Madrid were two teams that learnt that the hard way from Ajax FC.

At the Allianz Stadium in Torino, De ligt and his team came out on top after a draw in the first leg. No wonder Juventus signed him shortly after this win.

The excitement on his face in this UCL photo is priceless.

The Champions League season is about to start, and we know that it will definitely live up to the expectations we have for it. Will Liverpool defend their title, or will underdogs like Ajax and Tottenham stun us? Let us have your predictions for this year’s UCL in the comments section.