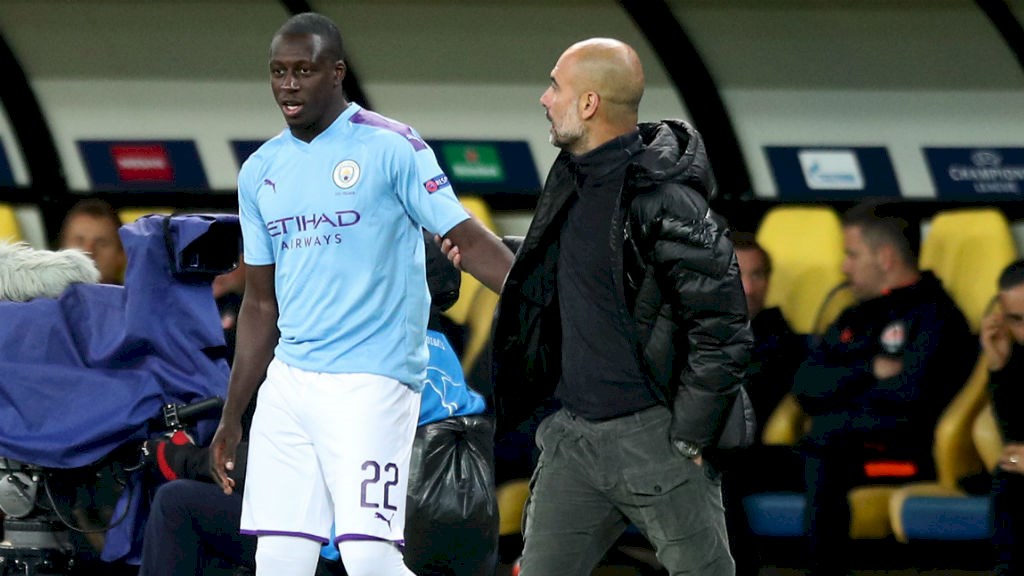 In this game, most competitors own almost the same lineup of players. Therefore, having high-performance players in your team throughout the season that other people don’t could help you boss your mini-league.

Like we said before, be careful when hunting for differentials. Because when they don’t turn up, your mini-league competitors will leave you behind.

Those who heeded the sage voice of the CrossAndNod scout last time around have been reaping the benefits of having a certain John Lundstram in their teams. Laughs in 12 FPL GW6 points! 😅

This time, the spotlight is on a more familiar FPL cult hero: Benjamin Mendy. Ignore the following words at your peril!

After two complete seasons (and a reported £52m transfer fee), not so much can be said about the impact this sanguine Frenchman has made in England. He has had a bigger influence online playfully supporting his teammates on social media than on the pitch.

Since his debut for City, he has won 7 trophies for both club and country (including the World Cup). Massively incredible collection for someone who has made just 17 City appearances in total in that period.

His introduction in the 83rd minute against Shakhtar Donetsk last Wednesday marked his first game in 10 months. Before then, his previous game in a City shirt was in the 3-1 win over United on the 14th of November 2018.

In spite of his injury problems, Mendy’s numbers when he does take to the pitch are mouth-watering. In his ten league appearances last season alone, he recorded an impressive 6 assists and 4 clean sheets (the equivalent of 59 FPL points).

His replacement, Oleksandr Zinchenko (£5.6m), is yet to register either a goal or assist so far this season. No wonder why even notorious Pep Guardiola can’t exclude Mendy from the starting XI whenever he’s fit.

Following a decent runout against Watford at the weekend, Benjamin should be handed more starts in the league in the coming weeks.

At a value of £5.9m (and a proven threat going forward), managers should pay attention to what could be a significant differential option. His underlying stats prove that he’s going to flourish as an FPL asset in Pep Guardiola’s free-scoring side.

If Benjamin Mendy were fit at the beginning of the season, he’d have been listed as one of the best defence options for FPL. Now that he’s back in action, do not sleep on it!

Can’t even joke with a friend these days… You guys… 🤦🏻‍♂️

Interesting News Today: Mendy has apparently been the subject of racial abuse from his teammate, Bernardo Silva on Twitter.

In what appears to be a joke gone wrong, Bernardo is now being investigated by the English FA for his “Conguitos, guess who?” tweet. The post also had Mendy’s childhood picture in it.

Mendy himself did not take offence, replying with laughing emojis and “1-0 for you will see.” However, Silva has since deleted his tweet but trust Twitter VAR to do their business and exacerbate the racist connotations in Silva’s joke. 😂

Let’s see how this plays out!