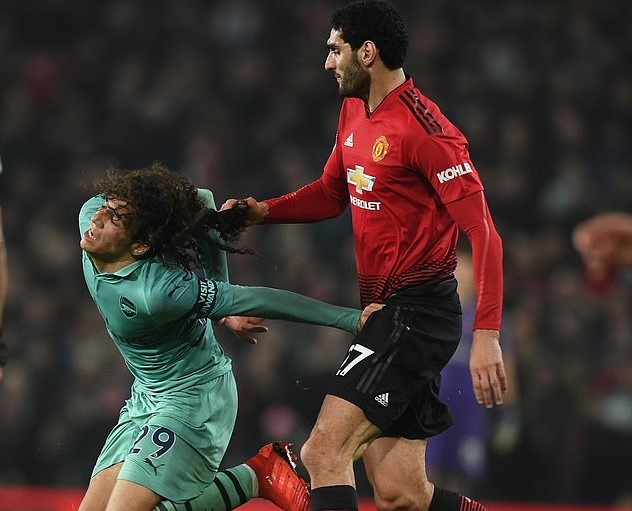 This article is the exclusive brainchild of Ademidun and David.

Hello and welcome to CrossAndNod’s preview of big games for matchday 7 of the Premier League. God, have we missed Premier League football. Yes, we know it’s only been a week, but we have missed it.

The Premier League table is shaping up. Manchester City bounced back to winning ways last week against Watford. Left-back, Mendy is back to action and a contender for a differential option this week.

This week promises to be a good week for Premier League fans. We have a big match this weekend. Old enemies Manchester United and Arsenal will be resuming hostilities this gameweek.

As usual, the team here at CrossAndNod wants to make sure that you have everything you need to enjoy this gameweek. What do you need? — Information. We’ve got that in spades.

Let’s get right into our Premier League preview for matchday 7.

All seems to be well with Liverpool. The Reds beat Chelsea away from home last time out and according to FIFA, have the best coach in the world.

However, an away trip to Bramall Lane could be a tricky prospect. Liverpool have not won away at Sheffield since 1990.

Despite 15 straight wins in the Premier League, Klopp’s red army need to be wary of a Sheffield side that have collected points from Everton and Chelsea.

Sheffield United are an exciting prospect. Coach Chris Wilder has a well-drilled side. His tactic of pushing centre backs up top has also caught the eyes.

Sheffield also have FPL differential John Lundstram in their ranks. This should be an intriguing matchup!

Ademidun: I sense an upset. A hard-fought draw for Sheffield.

Is everything alright at Chelsea? We can’t quite tell yet.

However, the Blues finally have their first win at Stamford Bridge this season after they thrashed Grimsby Town 7-1 in the League cup during the week.

Brighton, on the other hand, are at odds and ends. They were eliminated in midweek by Aston Villa and haven’t won a single game since opening day.

Chelsea have shined brightly this season. Although, there hasn’t been much to show for bright displays against Liverpool and Manchester United.

However, they should be buoyed by the return of youngsters Callum Hudson-Odoi in attack and Reece James at right back. Midfield spark, Kanté is also fully fit for this tie.

David: I can’t help but agree.

Bottlejob FC, sorry Tottenham are at home to Southampton. It has not been a very good run of games for them so far this season.

Spurs were knocked out of the League Cup by League Two side Colchester in midweek. They blew a two-goal lead against Arsenal and were 1-0 up against Leicester City last gameweek. They lost that match.

Manager Pochettino has admitted that he needs to build the togetherness in the squad. A crisis on the cards?

This is in stark contrast to Southampton who are buzzing. The Saints had a derby win against Portsmouth in the League Cup. A game which coach Ralph Hasenhuttl described as unforgettable.

Tottenham have lost 9 of their last 18 Premier League games. Expect them to come out screaming.

Ademidun: Tottenham to bounce back.

David: I don’t think so. Another bottle is on the cards.

Have you heard of the Divock Origi curse yet? Well if you haven’t, we’ve got you covered! Apparently, all six teams Divock Origi scored against last season have been struggling this term.

The worst of the lot? Everton FC. They have managed just 2 wins in their 6 Premier League games this season, and they sit 14th on the log.

In two of those games, they lost 2-0 to newly-promoted Premier League sides Aston Villa and Sheffield United. The manner of the losses has infuriated Everton fans, and manager Marco Silva is coming under increasing pressure.

It doesn’t help matters that their next opponents are Man City, a side that have scored 14 goals in their last 3 games, two of which were away from home. In fact, City have emerged victorious in their previous two visits to Goodison Park.

Pep Guardiola has a selection problem on his hands, however. His backup striker, Gabriel Jesus is in form and is a perennial tormentor of Everton. Will the boss dare to bench 8-goal Aguero for Jesus, or will he start them both?

City have got to be wary of Everton’s tricky attacking midfielders but in general De Bruyne and company should be able to see off their challenge comfortably.

Ademidun: I beg to differ. Midweek win in the Cup should buoy them enough to scrape a draw.

This is the biggest game of our matchday 7 preview and there’s no better time for Arsenal to get a Premier League win at Old Trafford than now.

The last time Arsenal achieved this feat, current United Head Coach, Solskjaer was still playing for the club. Also, Bukayo Saka (who might start on Monday) was 5-years old.

United are plagued by injuries to a number of their key players including Pogba, Rashford, and Martial. However, we know that beating Arsenal at Old Trafford has never been a problem even for a depleted ManU side.

Throwback to 2011, when Manchester United started with seven defenders against Arsenal and won 2-0. #MUFC pic.twitter.com/MQknoItP6T

Arsenal have enjoyed a largely positive start to the season. Last week’s thrilling victory over Villa after going a man down showcased the character in the team.

They can also draw confidence from their midweek rout of Nottingham Forest in the Cup. Unai Emery will be glad to see Bellerin, Holding and new signing, Kieran Tierney return to first-team action in that game.

United’s terrible Premier League form since March has seen fans calling for Ole’s head. Defeat against Arsenal at Old Trafford might just be the proverbial last straw for the under-pressure manager.

Will history repeat itself, and United players help save Ole’s job or can newly appointed Arsenal captain, Granit Xhaka lead his team to a historic win on Monday night? Time will tell.

David: Arsenal to nick it. It’ll be close, but yes, Arsenal win.

Ademidun: *Scoff* Knowing Arsenal, a draw is the best result they’ll get.

There’s the end of our Matchday 7 Premier League preview show. In other news, Real Madrid take on Atlético Madrid this weekend in the first Madrid derby of the season. Will Zinedine Zidane’s men continue their smoking-hot form and make it 3 wins on the trot?

Make sure to follow all the action in what promises to be a thrilling weekend all round. Till next time, adiós amigos!