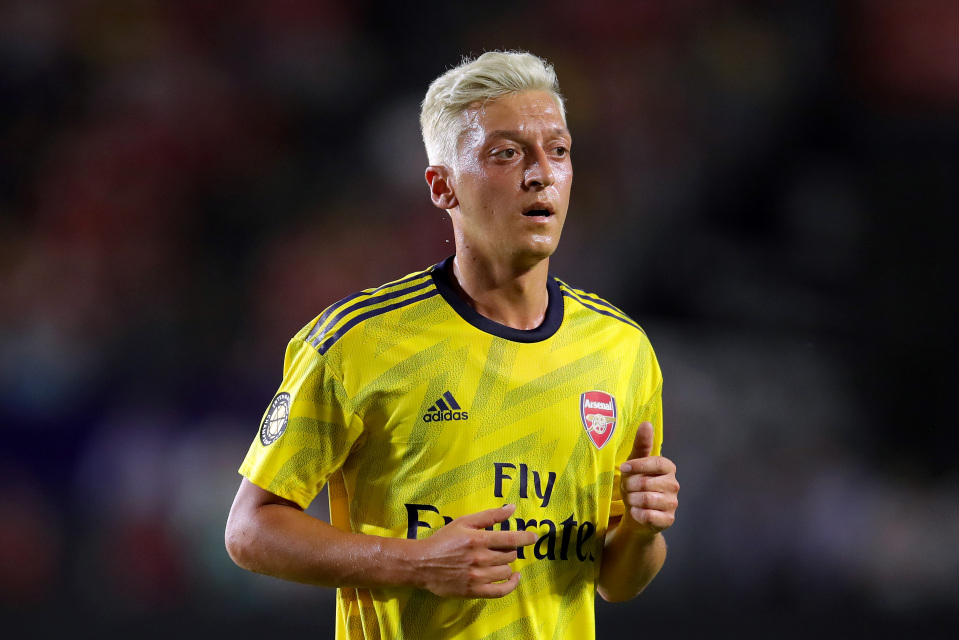 “The situation of the playmaker or number 10 doesn’t really exist anymore and hasn’t for a long time. These days the playmakers, the ones who make the play, are in deeper, more defensive positions.”

This statement was made following Mesut Ozil’s retirement from international duty.

For years, football fans have drooled over number 10s, citing them as the eye-catching fulcrum and creative anchor of every triumphant side.

A ‘number 10’ is the team’s primary playmaker, operating in a free role between the midfield and the forwards. They lead the team’s attack using their excellent vision, control and passing range to dictate the play.

They were responsible for unlocking the opposition’s defence by playing their wingers and forwards through on goal and finding space to score themselves. In many ways, they were the attacking heartbeat of the team.

For decades, some of the most creative and gifted players we have ever seen played in the number 10 position; Zinedine Zidane, Kaka, Riquelme, Dennis Bergkamp amongst others.

Why has the ‘Number 10’ become irrelevant?

The tactical evolution of the game has played a major part, particularly the 4–3–3 formations used today.

The 4–3–3 formation is presently the most popular in European football. The winners of the top 5 leagues in Europe use it although, with different models.

The current UEFA Champions League and Europa League winners also play it. This is definitely more than a coincidence.

The reliance on a player as the creative outlet of a team is gradually reducing. This will eventually lead to the extinction of the role altogether.

The 4–2–3–1 which instated the number 10 at the centre of proceedings is being fazed out after a dominant era.

It’s almost impossible to play a ‘number 10’ against these formations because the centre of the park is so congested.

Three-man midfielders have taken away space where number 10s used to thrive. Managers today are also reluctant to rely on a player to conduct their teams attack.

If such a player has an off game, it would have a noticeable adverse effect on the whole team.

Its Effect on the Footballers

A lot of players have had to adjust to adapt to modern demands. Take Kevin De Bruyne and David Silva, for example.

Both of Man City’s core playmakers have developed into more typical central midfielders under Pep Guardiola and have flourished.

James Rodriguez stole the show in the number 10 role at the 2014 world cup. His performance at that tournament earned him a transfer to the Galacticos.

However, in 2016, he lost his place to Casemiro due to Zidane’s formation change. Ever since then, he has learned to drop deeper and become more combative at Bayern Munich.

Roberto Firmino has adjusted to playing as false nine at Liverpool. Bernando Silva has found ease playing in central midfield or the flanks.

This has not been the case for every player, however. Players who have been unable to adjust have struggled while some have dropped down the pecking order.

An example is Mesut Ozil who has gone from the Gunners’ linchpin in recent seasons to being dropped by Unai Emery during the last campaign.

Arsenal needed more drive, more vigour in midfield and Ozil simply doesn’t have the credentials to satisfy those requirements.

Another player who has struggled is Phillipe Countinho. The transfer rumours away from Barcelona do not come as a surprise.

The transfer market has also been affected. Liverpool, who have one of the most expansive models of the 4–3–3 brought in Naby Keita and Fabinho in one window in addition to the likes of Wijnaldum, Henderson, Milner and the injury-prone Chamberlain in central midfield.

Manchester City have completed the signing of Rodrigo a central midfielder. Sarri takes Jorginho about like a handbag. Barcelona has added De Jong a season after Authur.

Juventus brought Ramsey on board and have added Rabiot to the array of players available. These players command very high transfer fees and wages.

The 4–3–3 gives the midfielders a lot of work and requires a lot of versatility.

They are expected to help the team going forward and help in defence too. Liverpool midfielders are an excellent example of this, they help the team in attack and are found chasing down opponents while defending.

They combine modern creation, tackling, pressing and playmaking all together rather than have individual roles.

Loew suggested with his eye-opening remarks that most of the creative genius now comes from further back where the majority of the play is in front of a deep-lying playmaker. Case in point is what Sarri does with Jorginho.

Many technically gifted youngsters destined to be the next Zidane or Dennis Bergkamp may never get the chance to develop in their best position. It may be time to come to terms with the death of arguably the most revered role in football; a position which is now a luxury rather than a necessity.

Let us know what you think about the demise of the number 10 role in the comments section below!