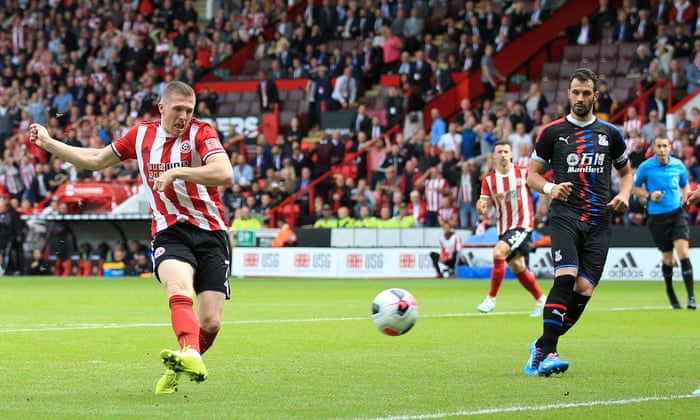 Best differentials for FPL?? We all love them. There is nothing better than having a player in your FPL team that only a few people in your league own.

This is why many FPL players are always on the hunt for the best differentials for FPL.

In our how to play FPL guide, one of the chief fantasy premier league hints we discussed was balancing your squad with cheap differential options.

Worry not.  The CrossAndNod scout is here to help you pick the best differential for your FPL team.

What’s better than a £4.1m FPL defender sitting on your bench? A £4.1m defender with the potential to return points. Enter the fray – John Lundstram.

Before our gameweek 2 FPL picks, Lundstram was reasonably priced at £4.0m.  However, at the time of writing this, his value has shot up to £4.1m.

Why is that you ask? Points, papi. A goal and a clean sheet against Crystal Palace earned him 14 points for gameweek 2 and an influx of buyers in search of the best FPL differentials.

Here at CrossandNod, we will look at three reasons why you should consider buying John Lundstram.

Last week was a tough week for most FPL players. In the midst of all that, Lundstram managed 14 points. That’s a figure we are used to with Van Dijk, Robertson and Trent.

Imagine 14 extra points added to your last week’s tally. Yep, we know the feeling. That is why Lundstram is a definite part of the best differential options for FPL.

However, he started 4 of Sheffield’s 5 preseason games playing in central midfield. He provided 3 assists.

Out of Position (OOP)

Doherty in midfield. Martial as a striker. A player positioned further forward is the best news for FPL players.

We all love OOP players. Lundstram is registered as a defender on FPL but has played as a central midfielder as seen in the first two games of the season.

He played alongside John Fleck(£5.0m) and Oliver Norwood(£5.0m) in a 3-man midfield. See why is he one of the best differential players you can have?

FPL hint – a defender that can create chances is one worth having. Lundstram had 3 assists during preseason and could have had one in the first minute of the opening game of the season.

He created 2 big chances against Bournemouth (2 through balls that set up David McGoldrick(£5.5m) 1v1 against the keeper). Additionally, no other player created more on the opening weekend.

In the second match against Crystal Palace, he created a big chance which McGoldrick (again 🙄) failed to convert. He went on to do the job himself.  The strapping defender scored the only goal that gave Sheffield United their first win of the season.

Also bear in mind, Sheffield are a defensively solid side. They kept 26 clean sheets in the Championship last season and played a 5-3-2 formation in their first two games of the season.

You can bank on  Lundstram to have his share of clean sheet points. What more do you want?

That’s all for this week on best FPL differentials.

Another FPL hint- Look out for our FPL picks for gameweek 3. Might as well subscribe to CrossAndNod to make sure you don’t miss it.