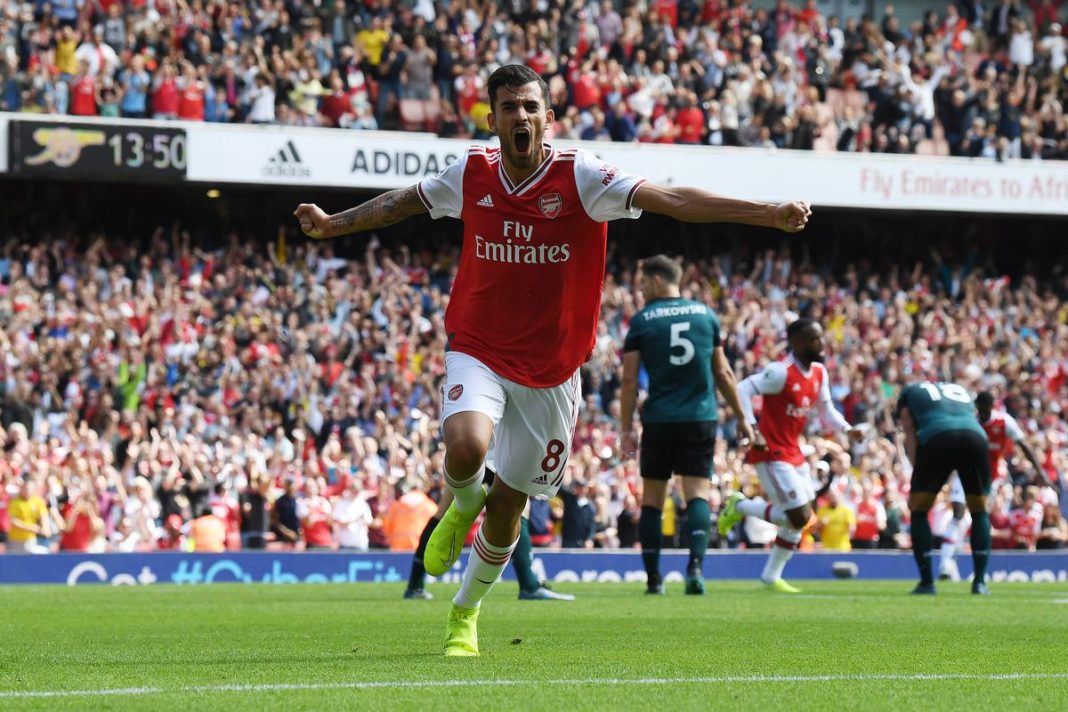 Hey guys, how was your FPL week? Apparently, there was no in-between in FPL this gameweek. It’s either you had a very good gameweek or you ended the week scared to open your FPL. This gameweek was one for the differentials with a few unknown faces in our FPL team of the week.

Mane, Digne and Wan-Bissaka are regular FPL team of the week culprits. But there are a few unknowns that could very well change the fortunes of your FPL squad for good.

Let’s get right into it.

Henderson made 4 saves in the Blades win over Crystal Palace. He was at the helm of a more mature and composed performance from the Premier league’s new boys. That certainly earned him an FPL team of the week shout.

He finished in red hot form last season and Lucas Digne doesn’t look like slowing down one bit. He is part of an Everton defence that is the only Premier League defence to keep 2 clean sheets this season. His assist for Bernard’s goal also secured 3 points for the Toffees. Expect to see more Digne appearances in our FPL team of the week rundown.

If there was an opposite for FPL team of the week, you would expect to see Lundstram in it. However just like Arya Stark said to the god of death, Lundstram said ”not today”.

The Englishman scored Sheffield United’s first Premier League home goal since May 2007. He was also solid at the back as he made 4 tackles, 4 clearances, and 2 interceptions.

He may have had 1 point but his numbers were hugely impressive. Manchester United have something big in their hands. The 21-year old put up some ridiculous numbers in yesterday’s game;  115 touches, 88 passes, 14 duels, 9 tackles and 2 take-ons.

Arsenal’s top priority should be convincing the Spaniard to make his loan deal a permanent fixture He was certainly a huge differential for many FPL managers.

The Premier League’s ”best” midfielder is back and is on fire. After an injury-ridden season that saw City win the league without his help, he put in another MOTM performance on Saturday.

The Belgian was a joy to watch from start to finish. So far, he has created the most chances (9) by any player in the league this season. His assists for City’s goals were passes that can only be replicated by few.

De Bruyne is back in the FPL team of the week list. And, it may be hard to get him out.

The chief creator for Norwich against struggling Newcastle. The 21-year-old was a thorn in the flesh for the Magpies. 63 touches, 41 passes, and 5 big chances created (2 Assists) show why managers should add him to their watch list.

Our game preview predicted a draw and we were right. Tottenham were restricted to just 3 shots against City; their 2 goals and an audacious 60-yard strike by Harry Kane.

Lamela was directly involved in the two goals; a well-placed shot from outside the box and a perfectly weighted corner that found super-sub, Lucas Moura. His contributions ensured the defending champions dropped points in their second game.

Liverpool survived a major scare at St Mary’s Stadium after Adrian’s howler gifted Danny Ings the easiest of goals on Saturday. Super Cup hero, Sadio Mane scored and made an assist beforehand though.

It was enough to see the Reds claim their 11th consecutive Premier League, their best ever winning streak (equalling their run between February and April 2014 under Brendan Rodgers). Who else but Mane? His performance certainly begs the question, who is Liverpool’s main man – Mane or Salah?

The differential to end all differential. If you had Pukki in your gameweek 2 FPL team, you def had an awesome week.

To bring him into your team or nah?

Liverpool’s unsung hero helped make sure they maintain their 100% start to the season. His link-up plays with Mane and unselfishness in front of goal was on full display on Saturday. Finished with 8 points and has his regular customer – Arsenal up next.

There you have it, guys! Catch up with the scout on Thursday and on Twitter for our FPL squad selection for GW 3. Till then, try not to use your FPL wildcard in panic.