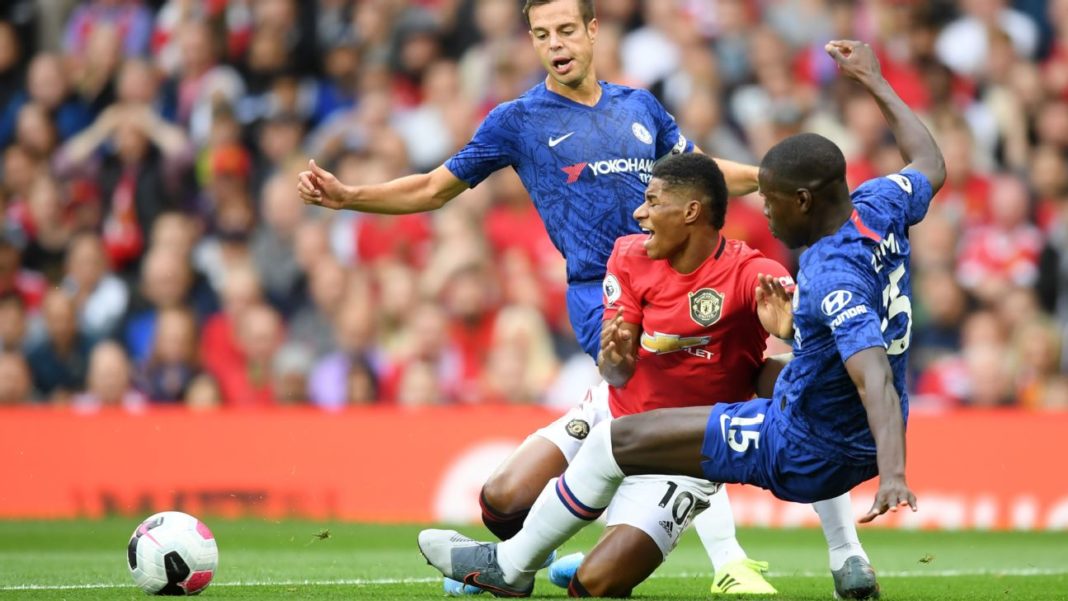 This article is the product of brains belonging to Ademidun and David.

Matchday 2 is here, and the team here at CrossAndNod is on hand to preview this weekend’s round of Premier League matches. Like we mentioned last week, our focus is going to be on the Prem’s top six teams. Dive right in!

Arsenal face Burnley at the Emirates looking to build up their momentum going into the new season. Yes, we know what we said. The Gunners have momentum.

Despite a lowkey win away at Newcastle last weekend, Arsenal still have a string of new signings to unleash on the Premier League.

Our preview of this Premier League match shows that Emery might decide to start Pepe, Ceballos or even David Luiz.

Burnley have always proved to be a stern test for Arsenal and today’s game should be no different. The Clarets dismantled Southampton at home on Gameweek 1 and will surely be looking to continue that form.

Burnley are renowned for their dogged defence and will surely be a hard nut to crack for Arsenal.

Ademidun: How you check am?

Ademidun: I feel say Burnley fit see draw or even cause an upset.

After their drawn-out UEFA Super Cup Final victory against Chelsea in midweek, Liverpool face more familiar opponents on the South Coast this weekend: their B-team.

Southampton suffered an abysmal defeat in their opening game against Burnley and quite simply, the might of this Liverpool team will prove too much. Except nothing short of a miracle happens.

Salah who is one of the Scout’s FPL Gameweek 2 picks scored in both games against Southampton last season. His partner-in-crime, Mané also knows all about scoring at the St. Mary’s Stadium. He is set for his first Premier League start of the season and will be looking to impress.

Klopp faces a goalkeeper crisis as Super Cup hero, Adrián is a doubt after a fan tripped him during Wednesday night’s celebrations.

Manager Ralph Hasenhüttl has a full Saints squad to pick from. He will be hoping fatigue from Liverpool’s midweek exertions will come to bear in Saturday’s game.

When Spurs lost the Champions League final against Liverpool in June, the only source of hope for their fans was that their team was now equipped to go ahead this season and challenge both City and Liverpool for the title.

In actual fact, they look like the only team from last term that can mount a sustained challenge. And now the opportunity to prove their mettle has arisen just two Matchdays into the new season.

Spurs face free-scoring Manchester City at the Etihad barely four months from their last visit there that ended 1-nil in favour of the hosts.

Games between these two are usually cagey affairs (except that UCL 2nd leg game), and it’ll be interesting to see how the managers set-up their teams this time.

Son and Foyth are still suspended for this game, but new signing Giovanni Lo Celso should be in the squad.

Keyman Eriksen is back to full fitness and should start this game alongside talisman Harry Kane and red-hot new boy Tanguy Ndombele.

Guardiola, on the other hand, has Fernandinho and Cancelo still battling fitness concerns.

He also has selection dilemmas in attack. Bernardo Silva or Mahrez? Jesus or 43 goals in 66 games against “Top Six,” Aguero?

David: 😁. Realistically though, it looks it’ll be a high-intensity draw.

It has been a difficult start for Blues boss Frank Lampard. He saw his team capitulate 4-0 against Manchester United before losing the UEFA Super Cup to Liverpool on penalties.

The only consolation is that his side looked much improved with Kante back in the team against Liverpool.

Frankie clearly wants to give young players a chance. But even the owner of Young Shall Grow Motors in Nigeria did not start with young drivers.

It’s not going to be a leisurely afternoon for Chelsea with Leicester City on the prowl. The Foxes were uninspired against Wolves and will be looking to answer questions about their form quickly.

You can always trust hitman Vardy to bring the fireworks against a top 6 side. The Englishman has scored 34 goals against top 6 sides in the last 5 seasons.

Manchester United have their rhythm back. Or not? Anyways, the Red Devils looked a revitalized side as they wreaked havoc on Chelsea’s backline four times without reply last weekend.

Are they truly back? A stern test in the form of a Wolves side that won 4-0 during the week in Europe should be enough answer.

Martial is in banging red-hot form and is a part of our FPL player picks for gameweek 2. Rashford and Pogba seem to be back on song as well.

For Wolves, Doherty, Jimenez and Jota should all be available for selection. This match should be a cracker.

Ademidun: LOL. Wolves all the way

Ademidun: No, it’s something about these fixtures.

Here’s the end of our matchday 2 Premier League preview show. Let us know what you think in the comments section below.