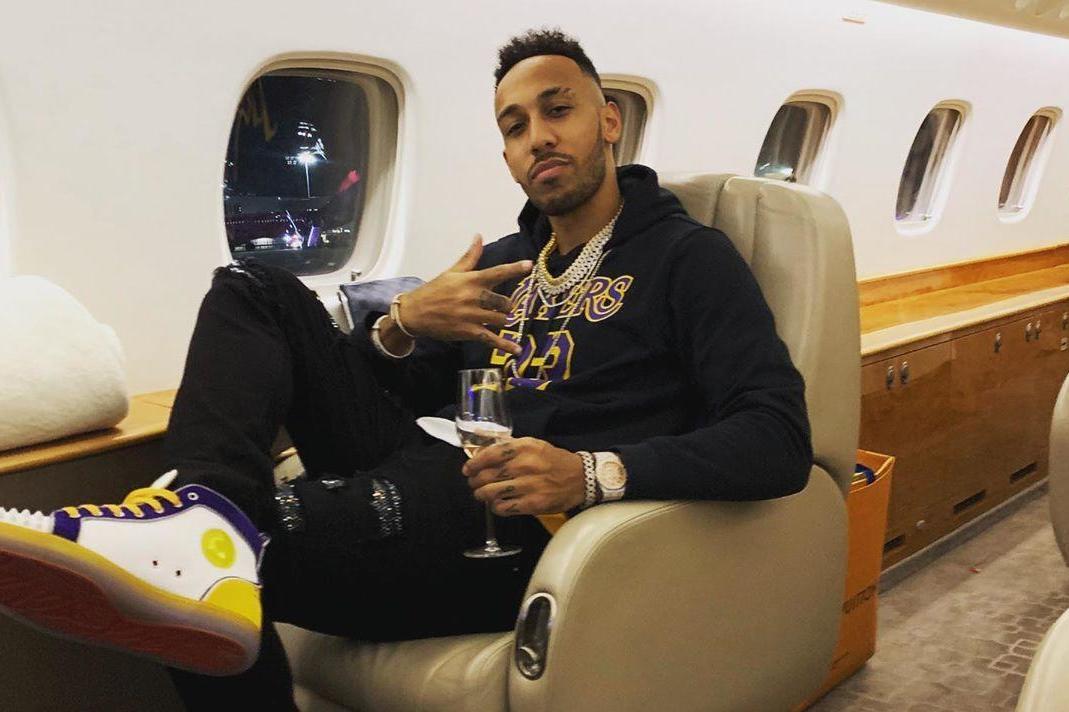 Yep, our football round-ups are back.

And this time around we are going to be answering people asking if the Premier League is on break — among other things.

Once a week, we pledged to discuss the happenings in the world of football. That’s what the roundups are about.

Football is a game that keeps up on giving.

Even if there aren’t any matches, there is a lot of intrigues, gist, and stories to keep you engaged.

Football reports can be the reality television show that BBNaija promises to be, no shade intended.

Neymar Jr threw an all-white party to celebrate his upcoming birthday 🎂. Nobody do #otrek go this party oh pic.twitter.com/7T2YAgPzmB

Apart from the Premier League break, our weekly football round-ups is packed with exciting news.

In England, the Liverpool Jürgennaut is not stopping.

In France, Neymar is still throwing expensive parties and getting injured around his birthday (water is wet).

In Bundesliga, Bayern is back on top of the league, again! 😭😭

Come to think that some people thought either one of Leipzig or Dortmund were going to break the monopoly this season.

Real Madrid and Barcelona are neck and neck, especially with losing.

Both teams were knocked out of the cup shockingly within two hours.

Don’t stop reading now; we’ve got so much more for you!

Plus, follow us on Twitter, we are your friendly neighbourhood spiderman but for football blogs in Nigeria.

By the way, you might want to check out our first blog post to cross the 1,000 views mark!

Premier League news: Is there a winter break?

I know we do weekly Premier League previews but never for once did we imagine that Liverpool would be ahead by 22 points with Gameweek 26 on the horizon.

Klopp just broke a record by winning the Premier League Manager of the Month for January.

It is his fifth of the season, the highest for any manager.

Our Premier League football round-ups would not be complete if we didn’t tell you to enjoy the greatness the Reds are displaying.

The English League is famous for working it’s players to the bones.

I mean, the Premier League is the league all other footballers watch while on holidays in December.

However, Cesc Fabregas left England in 2019, tired of having to play through the Christmas period every year.

It seems that his absence convinced the FA to do something different.

Granted, the previous paragraph may be a joke, but the Premier League is indeed taking a winter break in February. WHATT! 😱

Yes, you read that right. But it isn’t like the regular winter break most other European leagues practice.

Perhaps, while checking your Instagram feed for football round-ups and news, you saw pictures of your fave players in Dubai.

Don’t break (say that in Yoruba). It’s likely that they don’t have games till next weekend.

Zinedine Zidane and Ole are the two managers on this list that are yet to be sacked (we deserve a trophy, darn it!).

Ole because he has the club DNA and Zizou due to his bald magic.

Zinedine Zidane is top of La Liga with 22 games played.

Many would even say that Real showed real intent by shutting out Atleti in the derby last weekend.

New left-back, Ferland Mendy seems to be settling in nicely.

His pinpoint assist for Benzema’s goal against Atletico was one to savour.

Meanwhile, Barça have Suarez out injured for the next few months.

Also, they have had to sack Valverde, another manager we predicted would be let go before season’s end.

All is not well over at Catalonia, though.

Messi and sporting director Eric Abidal seem to be having some private war.

In fact, Messi has been reported to not be on good terms with the entire Barcelona board.

This has led to speculations that the 🐐 might seek a new challenge in the Premier League at Guardiola’s City.

What are your thoughts on that? Let us know in the comments section.

To cap off our football round-ups from Spain, yesterday, Real Madrid and Barcelona were knocked out of the Copa in dramatic fashion.

Therefore, the league seems like the only realistic chance of silverware for both Spanish giants.

Three points separate Real and Barcelona; fingers crossed on that one 🤞.

Can we discuss football round-ups in Italy without mentioning Cristiano? Probably not.

The 35-year-old has now scored 14 goals in his last 9 Serie A games and doesn’t look like slowing down.

For someone who makes millions posting on Instagram, his dedication to his craft is exemplary.

Yes, people, the EPL is not the centre of football.

AC Milan seem to have received a new lease of life. They haven’t lost since Zlatan arrived in January.

Our football round-ups in Italy will not be complete without mentioning the intriguing battle for supremacy at the top of the Serie A log.

Who do you think will scoop the Scudetto? Let’s know in the comments below

Bundesliga: Bayern back on top

A few short weeks ago, we cautioned that Bayern Munich were at risk of losing the Bundesliga.

However, as at the time of writing this football round-ups article, the Bavarians are top of the league.

New boy, Erling Håland may be scoring goals with every shot, but it wasn’t enough to secure BVB a win last time out in the cup tie against Werder Bremen.

Furthermore, for a club that started the season so well, Leipzig seem to be in crisis after losing their third game on the bounce against Eintracht Frankfurt.

This means that Bayern Munich who have now won their last five games in the league are atop the log with a 1-point advantage.

To cap off this episode of football round-ups and news, here is a gentle reminder that the most competitive league in the world is the one with a team leading by 22 points.

La Liga, Serie A, Bundesliga are all predictable 🌚🌚.

Although PSG’s harvest in the “farmer’s league” is eight more than their nearest rival, it’s still less predictable than the EPL.

Wondering about the winter break in the English Premier League? You still have four enjoyable matches to watch this weekend!

What do you think about the Premier League’s winter break? Let us know in the comments below.