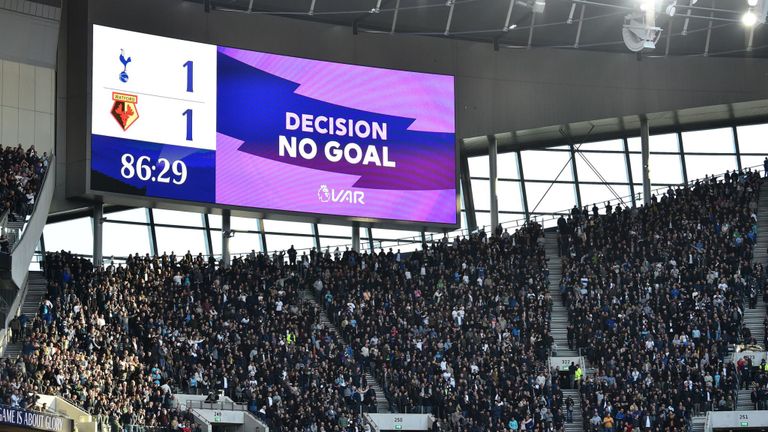 Welcome to the first episode of CrossAndNod’s Round-ups. What are Round-ups, you say? Nothing deep, here we just discuss the latest news in the football world, engagingly. And weekly too.

This last week was a really intriguing one in world football, especially for Londoners. I’m not only talking about Chelsea, Tottenham and Arsenal. I’m also talking about the lucky fans who got to watch Wizkid and Naira Marley at the O2. I mean, whew!

Anyways, back to football. Things are happening oh. There have been a few surprising results here and there and the resurgence of controversy. VAR made quite an appearance over the weekend in the EPL. Messi scored his second La Liga goal.

And, look away Man U fans, Lukaku scored a brace this weekend.

How do you miss #Lukaku and #Sanchez ? https://t.co/QRVGR9q6rT

There’s a lot of exciting happenings in the world of football, and we will tell you all about them. Let’s get right into it.

VAR against the World

The introduction of VAR to the EPL was always going to be tricky. The EPL is home to refereeing controversies. I didn’t think the introduction of a big screen to watch these decisions in slow-mo would stop that.

Looks like I was right. The English Premier League news scene is rife with VAR drama.

Let’s start with Tottenham’s game against Watford. Tottenham are really struggling this season. Home losses in the UCL and in the Premier League, a strained relationship between club coach and president — it’s all bad.

Tottenham were unable to beat rock bottom Watford at home. That’s a huge L in itself. To be honest, they should have lost. A clear foul on Deulofeu in the 18-yard box was ignored by VAR, and Dele Alli’s 86th-minute goal should have been ruled out for handball.

In fact, the VAR screen at the Tottenham Hotspur Stadium declared the goal cancelled. However, the goal stood.

At Old Trafford, eternal rivals Manchester United and Liverpool gave us a show. And like Naira Marley at the O2, VAR didn’t disappoint. There was a clear foul on Origi in the buildup to Manchester United’s opener. Whether the contact was strong enough to make Origi fall and roll around like Neymar is another point of discourse.

That’s not all. Mane’s goal was disallowed for his handball in the buildup. Forget the fact that Lindelof has absolutely no hustle for a centre back. This was the right call – according to the new handball rules.

Always has an error in him. Mane did him there

The rules may be harsh, but it is what it is. Let us know what you think about VAR in the comments section.

Emery or Wenger: Who knows?

The stage was set for Arsenal to get back into the top four with a win away at Sheffield United. However, that wasn’t the case. They lost to a solitary goal. The fact that Arsenal lost isn’t the problem. They lacked fight and a certain German genius in Ozil.

Yes, I said it. If Arsenal fans want to achieve anything this season, they had better pray for a cease-fire between Emery and Ozil. The Arsenal midfield looked uninspired and lacked a creative touch.

New signing Pepe is still playing as a man bought in installments. He is not yet on our list of most expenisve transfer flops, but he is well on his way if something doesn’t change.

Emery’s selection is still suspect. I mean, Willock at number 10? When there is Ozil. Really? Arsenal fans, what do you think?

Barcelona Back in Their Default Position

Real Madrid have been the number 1 team in La Liga for a couple of weeks now. We all figured it was too good to be true. Messi is back to form and guess what, Barca is back at the top of the table. Time no dey, issa birthright thang!

Real Madrid suffered their first loss of the season away at Real Mallorca. Is Zidane losing his bald magic? Because bald people everywhere (Glory Osei included) are getting casted.

Real Madrid lost embarrassingly away to PSG and almost suffered a home defeat to Club Brugge in the Champions League. They still look like a team finding their feet. In fact, Zidane is on our list of managers that may be sacked before the season ends.

Yep, 9 teams are actually vying for the crown in Bundesliga. Only two points separate the 1st and the 9th placed team. If you are not following Bundesliga, now is the time too. E don dey sweet.

In Italy, Lukaku is enjoying an excellent return to form. Five goals in 8 appearances for Inter who are 1 point behind league leaders Juventus. I’m happy for the Belgian big man. His first touch may be shaky, but there’s no denying the fact that he gives his all on the pitch.

Before I go, you should know that the 30-man (and woman) nomination list for the Ballon D’Or awards is out. For the first time in the history of the prize, the last winner of the award isn’t up for contention the following year. That’s right, Modric wasn’t nominated for the Ballon D’Or. No surprises there actually. Modric and Madrid have been calamitous this year.

That’s all for this week. I really hope you guys have got your Champions League popcorn ready. The UCL returns this week. Follow us on Twitter for live commentary and bants with a community of Nigerian fans like yourself.