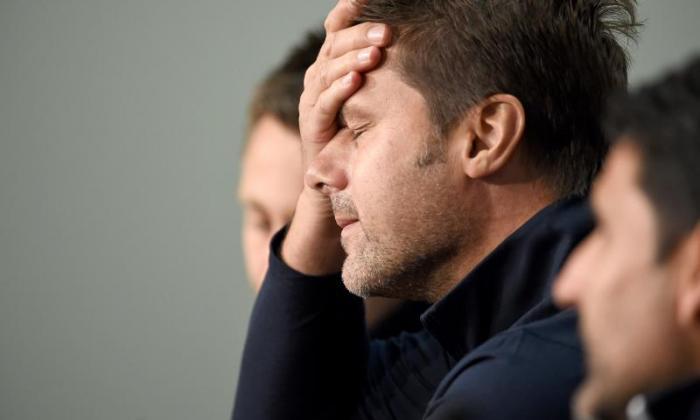 Let’s play Russian roulette but for football coaches. For those who don’t know, it’s a really fun game… if you have a death wish.

You put a solitary bullet in a gun and pull the trigger hoping that the round is not chambered. The gun in question has to be pointed at you. Sounds so maniacal right?

I don’t know if anybody actually plays this game. But the name Russian Roulette is used to describe activities with catastrophic implications.

For many, coaching is a dream job — a chance to write your name in the annals of history. Of course, there is also the off chance that you may get your tactics horribly wrong and lose the plot.

In today’s fast-paced game of football, everything is a blur. The speed of Messi’s body feints, Mane’s speed on the ball and the rate at which clubs let managers go.

To quote our wise forefathers “time no dey”. As a coach, you have to get the results or go home.

Spanish giants Real Madrid actually had 3 different managers over the course of last season. Sacking is a real thing.

The football season is about three months old. Some might say too early to make judgement calls. But we can already see the sharks circling around some coaches.

Keep reading to find out the coaches most likely to be sacked before the season ends. If your fave is on this list, feel free to attack us on Twitter. Just be sure to follow us first.

Here are the coaches whose position with their clubs are in jeopardy.

Ole, Ole, Ole. Ole’s at the wheel. Not so much this season. As at the time of writing this, Manchester United have played 10 league matches, lost 3 and won 3.

They lost at home to Crystal Palace and are 7th in the league. That’s not an enviable position for the most successful club in England.

Ole seems to be having problems everywhere. De Gea has lost form. Or maybe his hard drive is full. Either way, Manchester United are conceding goals everywhere.

His attack is also off. The season started on a high note with a 4-0 drubbing of Chelsea. However, things have tapered off with injuries to key men Rashford, Martial and Pogba.
Even an energetic Daniel James may not be enough to save Ole. This Ole team looks listless and lifeless in attack. 3 Ls and not enough Ws.

In Europe, Manchester United played a goalless draw away at AZ Alkmaar. Somebody has to be blamed for that.

It looks like Ole may be getting his mojo back, an encouraging draw against Liverpool and an away win at Norwich. However, they still can’t score ”simple” penalties. If Ole doesn’t turn things around, and fast too, he may be out of a job come season’s end. Winning is in the united DNA, not goalless draws without a single shot on target.

As bad as Manchester United have had it this term, Tottenham have it worse.

There’s something wrong with Tottenham this season. They aren’t exactly a heavy-hitting club. However, they’ve always had a feel-good factor, a “David against Goliath” tilt that made them exciting to watch.

That hasn’t been the case. Their season has been marred by Pochettino’s comments about being a coach and not a manager. Presumably, he was referring to his inability to dictate the club’s transfer policy.

Eriksen was iced out of the team at a point. So has Toby Alderweireld who recently said that he is at the lowest point of his time at Tottenham.

Pochettino’s wards have lost 3-0 away at Brighton this season. A few days before that loss, they lost 7-2 at home to Bayern.

16 points behind Liverpool and eliminated from the Carabao Cup by League Two outfit Colchester. Something is definitely wrong.

Kane and Son aren’t exactly firing on all cylinders. Guess who may have to be fired.

Good Ebening, things are not good at Arsenal! Three weeks ago, Arsenal were one point away from Manchester City. However, a loss to Sheffield United and draw at home to Crystal Palace after they were two goals up has offered a reality check.

Captain Xhaka was first ironically cheered and then booed off by his own fans during the game against Crystal Palace.

He responded by sarcastically encouraging the cheers, taking off his shirt, and walking straight down the tunnel. Rumours have it that he didn’t wait behind for the full-time team talk.

Ozil can’t seem to feature in the matchday squad and key players are being played out of the position.

Unai Emery may have a revolt on his hands. He has a whole lot to do to prove to the fans and his players that he is the right man for the job.

Real Madrid are 3rd in La Liga with a game in hand. So why is Zizou on this list? Defensive frailties. Add that to the fact that Real Madrid don’t seem to have a pattern of play and attack that is efficient.

The game plan seems to be to fire crosses into the box until it finds the foot or head of Benzema. Sure, it’s working now, but for how long?

The midfield trio of Kroos, Casemiro, and James doesn’t seem to be working. Suspension and injuries have prevented Modric from stamping his authority on the season.

Ramos and Marcelo are in their thirties and do not look solid enough to prevent the goals from coming. Courtois can’t keep his legs closed and the Zizou’s bald magic seems to be waning.

Real Madrid lost 3-0 away at PSG in their first UCL game of the season. They were played off the park. Headers from Ramos and Casemiro saved Los Blancos from a humiliating 2-0 defeat at home to Club Brugge.

Asensio’s season-ending injury means Madrid who let Ceballos and Llorente go during the summer are light in the middle of the park. New signings Jovic and Mendy have not settled in quick enough.

There’s still hope for Zidane yet. Most Real Madrid fans want the league and Hazard seems to be settling down. However, you get the feeling that a poor run of games may mean Hasta La Vista, Monseiur Zidane. We’ll see about that.

Last season was a good one by Everton’s standards. Key defender Lucas Digne was bang in top form while Sigurdsson and Richarlison were combining for goals everywhere.

Many expected Everton to start the season in top form. Reverse has been the case. This season, the only top form Lucas Digne is in is “Own goal” top form.

10 matches, 6 losses, only 10 goals and four losses in their last five in the Premier League. Everton is sixteenth in the league and the fixtures are piling up.

They do seem to be pushing for a return. They showed positive intent in their defeat last time out against Brighton and defeated Watford in their Carabao Cup tie yesterday.

There you have it, guys. Is your fave on this list? Do you disagree with this list? Let us know in the comments below.
Don’t forget, e fit be your coach.