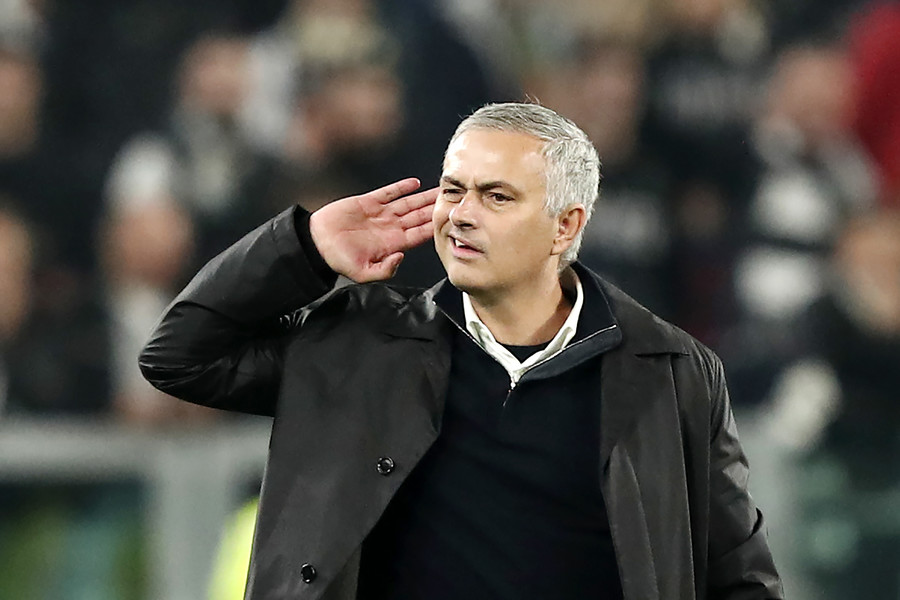 “I think I am a special one,” José Mourinho boasted in 2004. The Portuguese tactician won six domestic titles in his first eleven seasons competing in the top leagues. Today, he is a part of a statistic that shows the decreasing influence of football coaches.

He seems to have lost his mojo of late. He was relieved of his duties by Chelsea in 2015 and by Manchester United in December 2018.

Fans have frequently laid the bulk of the credit or blame for their team’s results on the manager. This sentiment is also shared by club owners and executives. In fact, nearly half of the clubs in Europe’s top leagues changed coaches in 2018.

However, this sentiment appears misplaced. Keep reading to find out why.

What Exactly Does a Coach Do?

According to Wikipedia, a manager’s responsibilities in a professional football club usually include (but are not limited to) the following:

Football has been privileged to witness great managers with different touchline characteristics.  Jurgen Klopp and Antonio Conte are significant examples of animated managers who are known for celebrating wildly with the players and the fans.

Also, some great managers are calmer like Pep Guardiola and Mauricio Pochettino. But how important are the managers in the success or failures of their teams?

The life span of an average manager’s job in the modern English top-flight has dropped from 3.5 years in 1992 to about 1.6 years today.  Of the current set of managers, only Pep Guardiola, Jurgen Klopp, Mauricio Pochettino, Sean Dyche, Chris Wilder, Eddie Howe, Nuno Espirito Santo, and Daniel Flarke have been in charge for more than two years.

This is one statistic that points to the decreasing influence of football coaches in today’s game. Most players tend to last much longer than 1.3 years. Hence, by this logic, we can infer that players are more relevant than managers in attaining success.

Also, star players affect the game more than managers. Every side that has won the UEFA Champions League in recent times have had star players at the forefront. They can spur game-changing moments based on their ability and ingenuity.

Real Madrid was able to win four Champions League trophies in five years because Cristiano Ronaldo showed up consistently. He certainly did not need a manager to teach him how to score the overhead kick in the important semi-final game against Juventus in 2018.

Liverpool’s defence was in shambles before Virgil Van Dijk and Alisson Becker were signed a window apart. The Reds would not easily forget how a Lorius Karius disasterclass cost them a sixth Champions League trophy.

The anger was directed towards the transfer market. The Reds signed the Brazilian shot-stopper who went on to make magnificent saves to take Liverpool to the 2018/19 Champions League crown.

Van Dijk, on the other hand, is being touted by many as the favourite for this year’s Ballon d’Or after winning the PFA Player of the year award. This is the annual award given to the player who is adjudged to have been the best of the year by his peers in English football.

A manager may provide structure and team tactics, but star players provide match-deciding moments. Star players are the ones who actually have to take the initiative to defeat the opposition. You can say that the decisiveness and importance of star players is contributing to the decreasing influence of football coaches today.

The Wage Bill and Transfer Kitty

The best predictor of a club’s success is not who picks the team but the squad’s total wage bill and transfer budget. High wages attract the best players.

Less luxurious clubs are finding it increasingly tougher to keep their best players. The players favour a move to where they can secure the bag.

Averaged over 10 seasons, the correlation between wage bill and final league position is about 90% in the Premier League, says Stefan Szymanski, an economist at the University of Michigan.

Before Sheikh Mansour Bin Zayed Al Nahyan acquired Manchester City in 2008, the club had gone trophyless for thirty-two seasons. On the day of the takeover, Robinho joined from Real Madrid for a club record of £32.5m.

Juventus signed Higuain from their direct rivals. Bayern signed Lewandowski, Hummels, Neuer, Gotze from direct competitors too. Barcelona also signed Griezmann from rivals too.  This ploy is to strengthen the club while significantly weakening the competition.

All clubs mentioned above have had significant success locally, and something is familiar to them all. No, it is not the manager’s philosophy or style of play.

It is how active they are in the transfer market compared to teams they are in competition with. This goes to show that money is a catalyst for the decreasing influence of football coaches.

Arsenal fans have lauded the club’s effort in the just concluded transfer window. A man’s name has been on the lips of the fans. It is not Unai Emery, its Don Raul Sanllehi, the club’s head of football.

Today, the manager’s role has shrunk significantly.  The decreasing influence of football coaches today is so apparent, it’s baffling.

They work with tons of staffers from psychologists, to data analysts, to technical directors, most of whom outlast the head coach at the club. This explains the Leicester title-winning season.

People have attributed Claudio Ranieri’s ingenuity to the success of the team. It is therefore strange that this ingenuity evaded him in his thirty years of management before Leicester and has continued to elude him even after.

Fun fact – Leicester’s edge came from data analysis. N’golo Kante led the French League in interceptions in the 2014-15 season. In the 2015-16 season, he led the Premier League. By the end of 16/17, he was voted the best player in the league.

Mahrez was discovered in the French second division after Leicester’s analysis team ran their own stats on him. He was voted the player of the year in the 2015-16 PL season.

Statistics is a stronger means of assessment than signings based on intuition, tips from friendly agents, and player performances.

The data analyst and scouts who discovered these players arguably did more than Mr. Ranieri. This explains why former Leicester scout Ben Wrigglesworth was poached by Arsenal.

Louis Van Gaal and Jose Mourinho, both former Manchester United managers have criticised Ed Woodward, the Chief Executive Officer of the club for the poor performance of the team while they were in charge.

The likely cause of the “decline” of once highly celebrated bosses like Mourinho is not that they lost their touch, but that their early wins owed more to players, club structure and luck than to their own wizardry. This is why the Klopp Vs Guardiola argument will always be a conflicting topic.

The powers of managers have become a myth. For a club to do well, all hands must be on deck. There must be a synergy between all parties. This very conclusion points to the decreasing influence of football coaches.