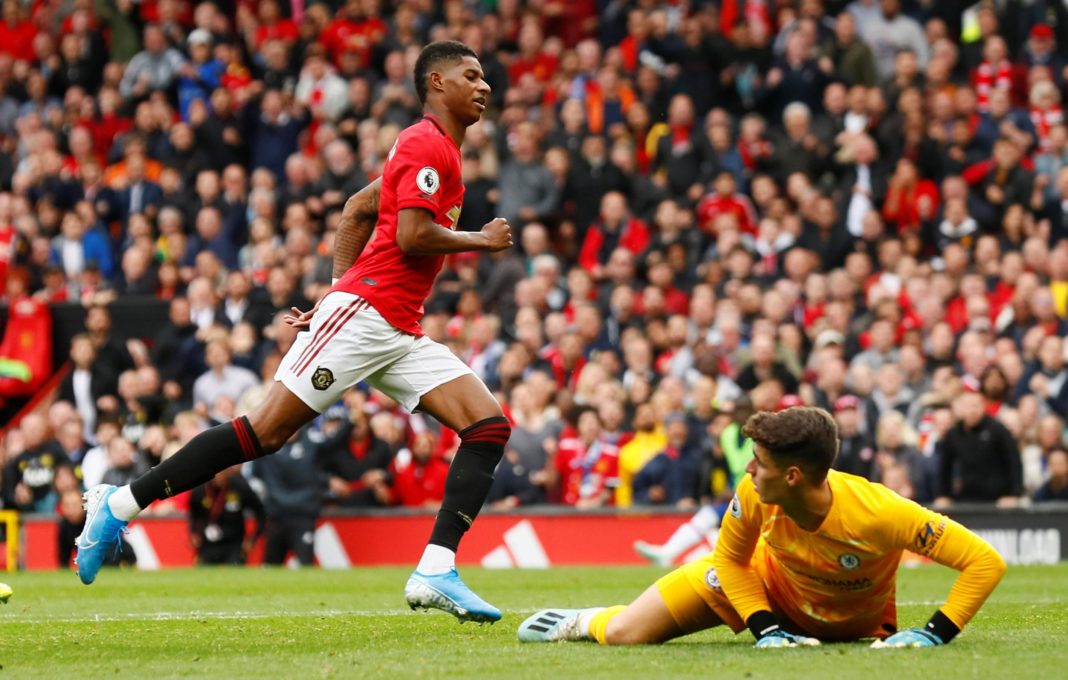 Chelsea had a day to forget. It’s as simple as that. No amount of “Lampard needs time to settle down” can take that away.

The Blues looked out of sorts as The Red Devils dished them goal after goal. In a game that ended 4-nil in favour of United, one thing is certain: Chelsea have a lot to work on.

Zouma did not complete a single tackle in the first half against United. A conceded penalty, two fouls and a yellow card summed up an abysmal first period for the French national.

Rashford has scored only three braces in the Premier League. They were all against TOP SIX opponents: Arsenal (2016); Liverpool (2018); Chelsea (2019).

The first ten minutes reminded us how much we have missed proper club football, with both Chelsea and Manchester United displaying good attacking initiative. Tammy Abraham performed exceedingly well in this period. He hit the post once and played quick one-two passes with Pedro.

It didn’t take long for this tactic to win them a penalty. Marcus Rashford buried the ball far left past Kepa Arrizabalaga giving United the lead.

The second half did not favour Chelsea, either. A reckless defensive attempt granted Anthony Martial a tap-in.

Barely two minutes after, a fantastic long ball by Paul Pogba, equalled by a sublime first-touch from Rashford gave United their third goal.

The forward buried it past a helpless Kepa. A goal that will be replayed over and over again for the memorable combination of Pogba’s pass and Rashford’s control. Speaking of Rashford, the young Englishman made our FPL Team of The Week.

Substitute, Daniel James came on to heap more coal on Chelsea’s burning head. Punishing another defensive slip, he put the ball in to complete a wonderful game for the Red Devils and a memorable debut for him.

For Manchester United, this game means a well-deserved three points and a spot on the table just below neighbours, Manchester City. For Chelsea, however, it will mean something entirely different.

A chance to lick their wounds and work on their defensive shortcomings. Certainly, Manager, Frank Lampard will look to improve this aspect of their game and fast too.

Perhaps, the Blues will bounce back in tomorrow’s Super Cup tie against Liverpool. On the other hand, it looks like Ole has got his wheel back. Time will tell.