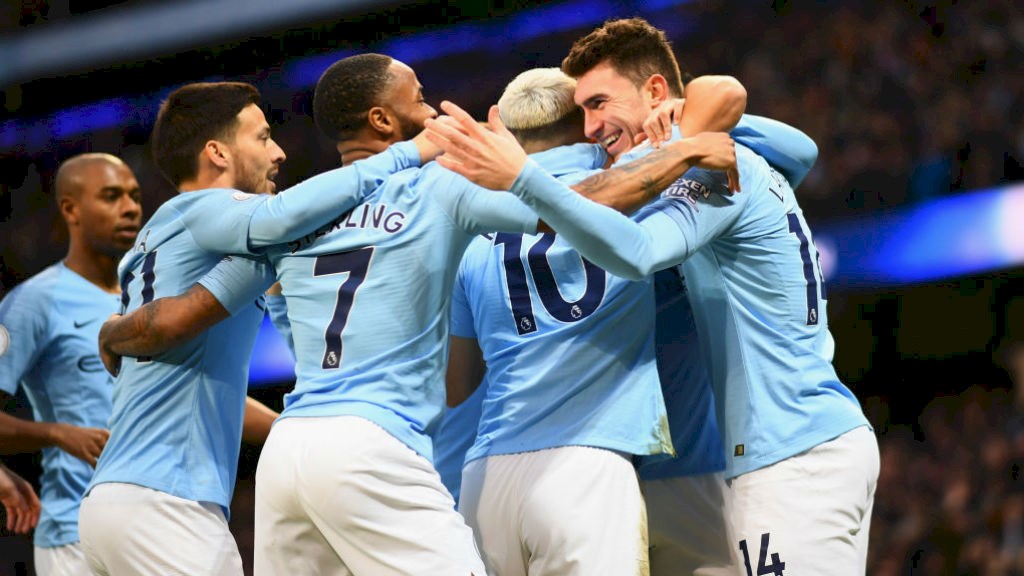 This article is the product of brains belonging to Ademidun and David.

Is that a collective sigh we hear? Yes, we know. You are reading your very first Premier League preview on CrossAndNod, albeit for matchday 1. Why is that? Because the Premier League is back.

It has been 89 days of absolute frustration, boredom and mind-numbing restlessness. However, every tunnel has daylight in sight. Today is that tunnel.

Ladies and gentlemen, the wild ride that is the Premier League is back. 380 matches that are guaranteed to knock your socks off.

The good news is that the CrossAndNod team is going to be here for every second of it. With our Premier League previews, match reports, news and other features, we are going to make sure that you enjoy the best season of your life.

Our Premier League previews are mostly going to focus on the top 6 teams from last season. We should do all teams? No dears, you can’t kill us.

Is this your first time on this website? Probably, yes. Then, you should check out our article on how to play FPL. You should probably follow us on Twitter too.

Let’s get right into it!

Liverpool’s 18/19 Premier League campaign ended with a feeling of something missing. They ended up with 97 points and still managed not to win the league.

Well, the top bosses at Liverpool certainly don’t feel like the “something missing” is a marquee signing. 32-year old keeper Adrian was brought in to replace the departing Mignolet and that was it.

However, you can be sure that Liverpool are definitely gunning for the title this season. Who better to open the season against than premier league new boys, Norwich City?

Norwich City gained promotion to the premier league last season after finishing first in the Championship. They will certainly be looking to make an impression in the Premier League.

The Canaries will be without crucial defenders Timm Klose and Christoph Zimmermann. However, you can certainly expect them to push for a draw with top goal scorer Teemu Pukki.

Pukki scored 29 goals in 43 appearances as his team cruised to a Championship title.

All in all, you can expect the pressure of a curtain-raiser at Anfield to get to Norwich City. Expect Liverpool’s rampant frontline to put a couple past Norwich.

Liverpool’s star man Mohammed Salah will certainly be looking to get on the scoresheet after squandering big chances against Manchester City in the Community Shield match played last week.

The Egyptian is on our list of best midfielders to pick in FPL and many will be looking to him to shine.

“What’s very important is that as the team that won the Champions League last year, we have to stay the team nobody wants to play against”.

David: Them go too lash Norwich

Last season’s champions had the perfect season, domestically. Their dominance in England reminded us of a certain Spanish team’s dominance under Pep Guardiola.

Their maiden appearance in this Premier League preview series is against West Ham and they will be raring to go in this matchday 1 fixture. Barring an injured Sane, Pep has a full squad to select from.

City new boys Joao Cancelo and Rodri might start at the London Stadium. Sergio Aguero who has scored a total of 6 goals on opening weekend will be looking to add to his tally. The Argentine is on our list of top FPL forwards for this season.

Top FPL goalkeeper Lukasz Fabianski has also overcome a groin problem and is available for selection. The Hammers will definitely be looking to give an exciting City side a run for their money.

David: No reason am, West Ham fit drag am.

David: Him dey your FPL team?

Granted, the Gunners lost Laurent Kolscieny to Bordeaux but there is certainly a buzz of excitement in the Arsenal dressing room. The Gunners will be travelling to Tyneside looking to make a statement of intent.

It will be interesting to see how the gunners line up in a fixture they lost last season. Unfortunately our Naija boy, Iwobi will not be a part of this fixture.

Our Naija boy 🇳🇬, Alex Iwobi is now an Evertonian!

Newcastle will want to punish an Arsenal backline that is without regular right-back Bellerin. New man Andy Carroll will certainly be looking to bully both Mustafi and David Luiz (both of whom are error-prone).

Lowkey, this game may be poised for fireworks.

Ademidun: Away clean sheet? That’s a surprise too, my guy.

This is arguably the biggest game of our matchday 1 Premier League preview.

2019/2020 is the first season in a long while that both Man United and Chelsea fans are approaching not brimming with excitement.

Chelsea might have ended last season on a high by lifting the Europa League. But, the arrival of Dutch striker “Trans Fer Ban” later in June has long since replaced any potential excitement with “we go dey alright.”

At Man United, the fanbase are well and truly over the unbeaten fairytale run that their team had at the beginning of Ole Gunnar Solksjaer’s reign. After their final 10 games last season, they now have a clarity of expectations!

When the fixtures computer rolled out Manchester United vs Chelsea back in June, neither set of fans were too impressed. However, they can draw confidence from the fact that their teams have the best Matchday 1 records in the entire Premier League.

If preseason games are anything to judge by, both of these teams are evenly matched in almost every aspect except maybe in defence.

Having spent north of £100 million to shore up a leaky defence that shipped 54 goals last season, Man United will be harder to score against this term.

In fact, that is the reason David de Gea is on our list of top goalkeeper picks for FPL. They also have the most expensive defender in history now.

Our preview for this Premier League matchday 1 fixture? It will be less exciting than in the past. Expect a cagey affair where both sides will be cautious and look to gain an advantage.

Chelsea will be depending on inspiration from new boy, Christian Pulisic and their “exciting” new number 10, Willian to survive these HAZARDous times.

Man United have Paul Pogba, but they can’t be too sure which Paul will show up on Sunday. He is still the subject of transfer speculations to a certain team in Spain.

Apart from Eric Bailey and of course, Romelu Lukaku, Solksjaer has a full squad to pick from for this matchup. New boss, Lampard, on the other hand, will be without long-term absentees RLC, CHO, and Antonio Rüdiger.

Key midfielder Ngolo Kanté is in a race against time to make the journey to Old Trafford.

This season marks the first time in 10 years Tottenham will be playing at home for the opening fixture of their Premier League campaign. They will be looking to start strong ahead of their away game at Manchester City next weekend.

Tottenham will be without a couple of big hitters on Saturday. Son, Dele Alli, Dier and Aurier are all unavailable. However, they still have enough firepower in their locker to see off the threat of newly-promoted Villa.

Villa will come to London looking for a big scalp on Saturday. They have spent about £100million to bolster their squad which is reflective of their intent this season.

Aston Villa are splashing the cash

Naturally, that level of investment has raised expectations in the West Midlands. Playing top-flight football next year has to be the minimum achievement.

Cult heroes, Jack Grealish and John McGinn, together with new signings Trezeguet and 22 million quid striker, Wesley will be looking to stand up to the might of Spurs on Saturday. An upset on the cards, maybe?

That’s the end of our matchday 1 Premier League preview. Let us know what you think in the comments section below. Adiós amigos!