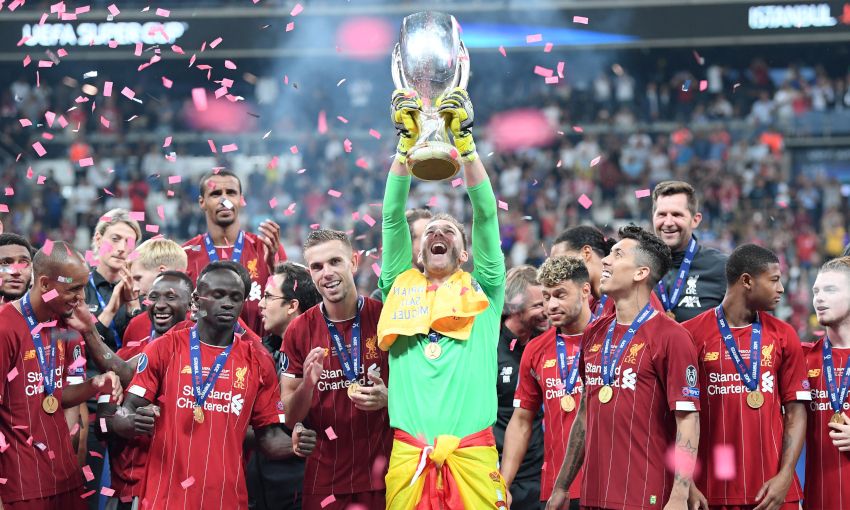 Istanbul hosted the UEFA Super Cup final between Liverpool — Champions League holders, and Chelsea —Europa League holders. If you could predict the match, you would have been quick to say ”Liverpool wins Super Cup easily.”

However, the game turned out to be evenly balanced as both Chelsea and Liverpool showcased great attacking intent. In the end, it was Liverpool who had the edge over Chelsea after 120 tense minutes and penalty shootouts. For now, Chelsea still remain ”We Tried FC.”

In a thrilling first half, Chelsea played like the true European champions that they are. Chelsea were considered the underdogs going into this match, but their display was far from that. They matched – and at some points – outplayed Liverpool.

The combination of Kante-Pedro-Pulisic proved too difficult for the Liverpool defence as they beat Matip and Virgil time and again. This combination finally gave way to a fantastic goal.

Following a great run by Kante, Pulisic slipped in a superb pass to Giroud who made no mistake in tucking it past Adrian.

The second half favoured Liverpool a little bit more as substitute Firmino found Mane in the box. A pass which the Senegalese dispatched with intent.

The remainder of the game was a dog fight between the two teams. Unlucky Chelsea saw two of their goals disallowed by the VAR. Liverpool, on the other hand, tried and failed to find a way past a now solid Chelsea defence.

The match went into extra time after a captivating 90 minutes. It was Liverpool who got the opportunity to score first – and they did.

Firmino got his second assist of the night as he deftly squared a ball through to Mane who did not waste the opportunity. Chelsea would later find the strength to come back after Liverpool goalie tripped Tammy Abraham in the box.

Jorginho stepped up and confidently dispatched the ball past Adrian. The game ended 2-2 after 120 minutes.

The penalty shoot-out ended in Liverpool’s favour after Tammy Abraham saw his attempt stopped by Adams. An overjoyed Liverpool went on to celebrate a well-deserved tough win.

Whatever the result, Chelsea manager, Frank Lampard can look at his team with pride and see an improved side ready to conquer. Kante is still a tireless genius.

Liverpool, on the other hand, are still the team to beat in Europe. The Merseysiders opened their premier league campaign with a comprehensive victory against Norwich.