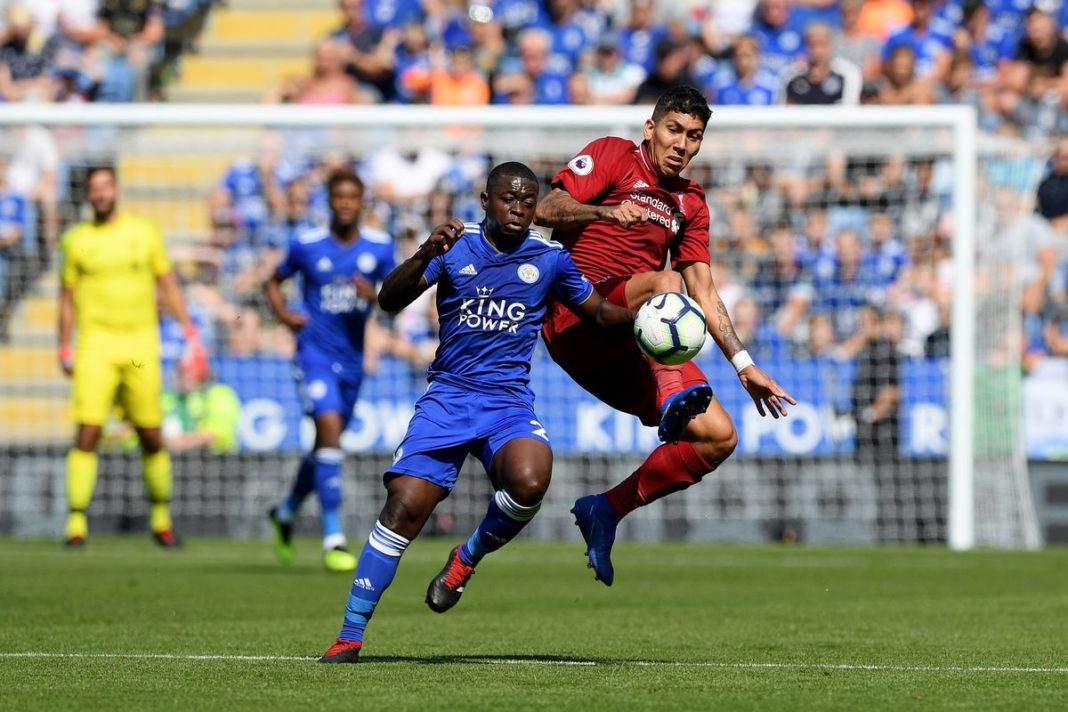 This article is the brainchild of David and Ademidun.

Welcome to our Premier League preview for matchday 8. We love that you are here.
We would love it more if you could tell your friends about us. Good things are for everybody, you know.

Last week was a good week for Premier League Football. This one promises to be a good week too.

We have a top of the table clash with Leicester City travelling to Anfield. Tottenham will be looking to bounce back after conceding 7 in the UCL earlier this week.

We don’t want to give too much away. So we’ll get right into it.

It’s the battle of troubling teams in this fixture. Brighton and Tottenham have not been in the best of form.

Brighton have not won a single match in the Premier League since matchday 1. They’ve only scored two goals since opening day.

They may be more exciting to watch under new coach Graham Potter, but they are struggling. Spurs, on the other hand, are not doing very well themselves.

Last week, they battled to a 2-1 win over Southampton. In midweek, they conceded seven goals at home to Bayern.

Something needs to change and fast. Tottenham will be banking on the fact that they have not lost to Brighton since 1983. Brighton needs at least a point. Tottenham need a massive morale-boosting win.

Ademidun: Spurs to win 7-2
David: I see what you did there.

Brendan Rodgers was sacked by the Liverpool board in 2015. Today, he returns at the helm of a Leicester side in third position. It’s a top of the league clash in our matchday 8 Premier League preview.

Liverpool maintained their winning run with a rough victory against Sheffield United. They are five points clear at the top of the table, but they can concede.

Liverpool have been shaky at the back recently. They conceded three goals at Anfield during the midweek. And we know that Leicester can scoreeeee!

Leicester scored five against Newcastle last week and are in excellent form. This is the clash of the weekend.

Ademidun: Leicester City all the way
David: You just like upsets. Liverpool to scrape through.
Ademidun: May the best fox win. Oh wait, there’s only one fox in this tie.

Chelsea are in transition, but they are not doing too badly. Three academy products, Mount, Tomori and Abraham, are making things better for Lampard. Abraham, in particular, is top of a list of FPL picks for Gameweek 8.

The Blues won at home against Brighton last week and are looking to make it three successive away wins on the trot.

Southampton, on the other hand, is ripe for the taking. Only Watford have a worse record at home this season.

Southampton is highly vulnerable defensively. You can expect Abraham and co to take full advantage. By the way, Abraham and Tomori, we see you accepting England call-ups. Slyyyyyyyyyyyy.

Ademidun: Chelsea win.
David: Me too.

Wolves haven’t been able to deal with the reality of playing in Europe and the Premier League. This thing fit kill team. They did manage a last-gasp away win against Besiktas last Thursday though.

However, their next away trip is an entirely different ask. How that midweek victory will impact their form in the Premier League is yet to be seen. You can expect City to do them no favours.

Manchester City had to be at their best to see off the threat of Everton at Goodison Park last weekend, but games at home are always easier for them.

They have only failed to score once in their last 44 Premier League home games, scoring 142 goals in that run. After two wins on the trot, Wolves couldn’t be meeting City at a wronger time.

Kevin De Bruyne is unavailable after picking up a groin problem against Dinamo Zagreb on Wednesday. John Stones is the only other absentee in the City squad.

For Wolves, asides Jota (who also got injured midweek), Nuno Espirito Santo has a full squad to pick from.

David: City to slice through Wolves like a hot knife through butter.
Ademidun: Easy, tiger. I smell an upset.
David: Your sense of smell is dead.

Fourth vs Eighth. Four places separate these two teams on the Premier League log, but their points tallies (Arsenal: 12; AFCB: 11) provides a more realistic assessment of the gap between the two.

However, since winning promotion into the top flight, Bournemouth have not had easy days against Arsenal. In fact, the last meeting between the two ended in a 5-1 rout of the Cherries.

They will be hoping their good form this season helps them secure their first away win at the Emirates since 2015.

After fielding a host of youngsters in the midweek Europa League win against Standard Liège, Arsenal will be welcoming their first-team regulars back for the sterner Premier League test.

They will want to get back to winning ways quickly in the league after last weekend’s draw at United. On the other hand, Bournemouth will have to be at their best if they’re going to have any chance of stopping smoking-hot Aubameyang and co.

David: Bournemouth’s attacking style of play always plays into Arsenal’s hands. This time will be no different.
Ademidun: I can’t but agree. I expect a high-scoring game.

Gone are the days when the entire country looked forward to fixtures between these two Uniteds. A fixture that used to be a thrilling display of attacking football cannot even be expected to produce more than two goals at best.

Man United for one have not scored more than once in their last 16 games in all competitions and Newcastle have scored just four Premier League goals this season (the joint worst in the division).

Steve Bruce will be hoping that the return of Dwight Gayle to the squad will provide the necessary boost to bounce back from last weekend’s abysmal 5-0 defeat at Leicester.

Solksjaer, on the other hand, had Jesse Lingard added to the growing injury list at Man United when they played out a scoreless draw at AZ Alkamar on Thursday.

David: Have you watched Newcastle play? I tip United to scrape their first away victory since March.
Ademidun: L O L; If there was such a thing as “both teams to lose,” that’ll be my prediction for this game. 😂

There you have it guys – our Premier League matchday 8 preview. Your weekend is on lock. As usual, don’t forget to interact with us on Twitter and tell your friends about us. We follow back ASAP!