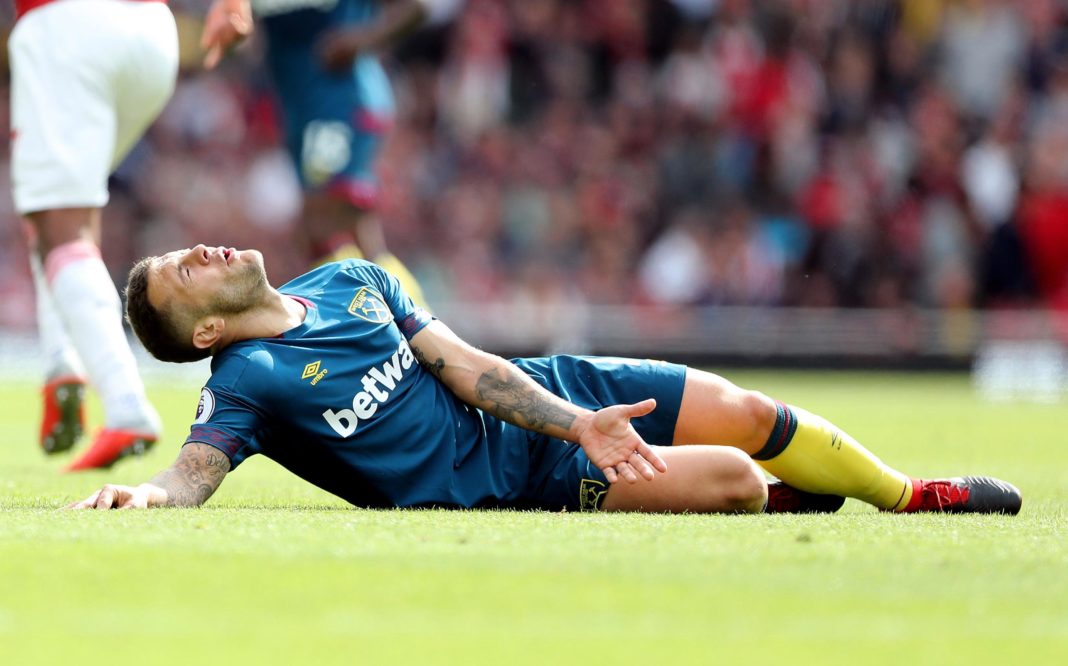 In the Premier League, there’s a set of players you dare not touch or tackle unless you want them to go for a nine-month break. They are the eggs of the team that coaches fear to field, even on their best days. Many of these injury-prone players know how to kick a ball, but their affinity for getting injured blinds people from seeing how good they are.

Here’s the list of the original yahoo boys in the top teams that we think should hang their boots, since they can’t play a season without getting injured.

After his headline move to United, a season doesn’t pass that Sanchez doesn’t get injured. Scratch that. He can’t even play ten games without being sidelined!

Coming into the team as the highest-paid player, United fans expected Sanchez to be the savior; the mastermind.

Not only has he not done that, but his numerous injuries have made him one of the most unused players in the team. No wonder he is a prominent member of our biggest transfer flops gang.

That one no concern life! He’s still bringing in the big bucks!

Alexis Sánchez has cost Manchester United £41m in wages – which works out at £8.2m per goal.

And United will still be paying him £215,000-a-week when he joins Inter Milan. 😳 pic.twitter.com/GUUbqiemZ3

It breaks my heart to say this, but Sanchez should retire and save the board the torment of paying his recovery fee and wages every week.

For someone who has played the piano more times than he has started for the United and Inter Milan, I think that’s a fair decision.

I bet you’ve forgotten that Jones still plays for United. Well, that’s how bad it has gotten.

With this defender, it’s one step forward and four steps backwards into his injury abode. He last played for United in a cup tie back in September, and since then, we never see im brake light.

I’m baffled why United keeps on renewing his contract, knowing fully well that he is always going to be injured.

Based on his ability as a defender, he’s not the type to make the first team. So it’s difficult to see why he’s still on the payroll.

As a United fan, I hope he sorts out his injury problems quickly, even though I say that with a tongue in my cheek!

Let’s balance it a little, and move on to West Ham.

Wilshere was one of England’s most promising talents; so much so that Wenger handed him the No. 10 jersey when Robin Van Persie left the club in 2012.

But even before then, signs of how injury-prone he was had been spotted. The worst of all was when he missed 47 games for Arsenal due to a hairline crack in his calfbone.

Now, we get that injuries can happen to anyone, but Wilshere’s is just too often. For Wenger to lose hope in a player, then you should know how tired the club was of him.

His injury problems don’t seem to be going away anytime soon, and at 27 perhaps he should just take a bow.

I challenge you to say ‘Lallana’ quickly seven times!

The defending champions of Europe also have a few injury-prone players that should quit as footballers (if that’s even possible) because of their frequent injuries.

Don’t get me wrong, Lallana is a decent player, but he’s just not always fit to dazzle us with his skills.

He’s had all sorts of problems from hamstring injuries to thigh problems, knee injuries and even ‘minor knocks’ that take weeks to recover from.

This doesn’t look, the slightest bit, like statistics for a first-team player. And rightly so, he’s an afterthought in the Liverpool team.

Liverpool fans will argue that he’s back from his injuries, but how long do you think it will take before another one keeps him sidelined?

At 31, he’s had a good run at this sport, and should hang his boots with his head up.

Spelling his name is a good enough brain teaser, but that’s not why he has made this list.

The Armenian has shown glimpses of potential, but his injury problems have overshadowed all that.

At Dortmund, he was the mastermind, cutting through defences like they were a piece of cake. But nowadays, he doesn’t even get a good run at games without being pulled out.

He’s currently on loan from Arsenal and has not had much game time in Roma.

It’s sad to watch him struggle, but he should rethink whether he needs to continue playing or retire.

Chelsea’s outcast has a tough time keeping fit for matches. Since he left the King Power stadium in 2017, he hasn’t played a single game against Leicester City (his former team).

Together with the fact that he’s been inconsistent, Drinkwater has had his fair share of injuries. The most recent of them being a problem with his ankle.

Danny Drinkwater is currently on loan at Burnley, and things do not seem to be going so well there either.

Sean Dyche, Burnley’s coach, seems hopeful but I don’t see how he can pull through. It’s best he wraps up and takes a bow from the game.

So, what do you think about these injury-prone players? Do you think they can rise above their injury problems? Let us know in the comment section below.

For me, its best they draw the curtains now!